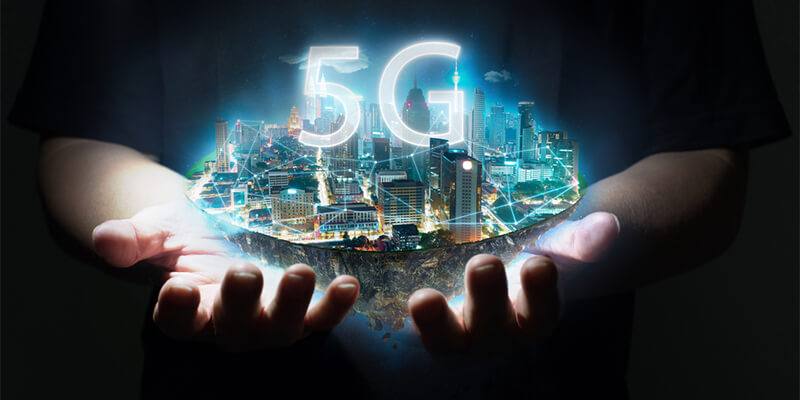 5G is Coming – What Does It Mean For Your Business?

Often perceived as a precursor to Industry 4.0, the rollout of 5G, if the marketing is to be believed, will allow innovations that were previously restricted or unreliable due to lack of bandwidth. Speeds of up to 10Gbps are promised by telecom companies but since we have yet to experience real-life usage scenarios, this is mere speculation.

Like many others, I read a lot about the high-band spectrum (6GHz+) or mmWave (millimeter wave), as it seems this particular feature is promoted more than others, given its usage can allow speeds of up to 10Gbps. Articles on perceived health and safety risks were skimmed and quickly discarded. After all, possible long-term health risks mean little if we can have faster broadband.

However, mmWave, is only part of the 5G experience, as Sascha Segan, lead mobile analyst for PCMag and head of their Fastest Mobile Networks project, quickly pointed out.

“You're talking about millimeter wave, but we'll also see sub-6Ghz (and even sub-1Ghz) 5G that have longer range and better wall penetration. Don't make the common, naive mistake of thinking '5G' only means 'millimeter wave.'”

The dream of ubiquitous 10Gbps broadband is not possible after all…

“Universal coverage on mmWave isn't feasible. There are going to be mmWave hotspots, sub-6Ghz urban areas, and sub-1Ghz rural areas. We'll have dual connectivity with LTE, and 5G over Wi-Fi frequencies as well. Companies that aren't thinking about 5G as a multi-band service are only paying attention to a fraction of the story," said Segan.

As expected, the rollout of 5G, just like its predecessor (4G, for those playing the home game) is likely to offer varying service levels. mmWave, which offers the highest speeds, will be limited to venues such as stadiums or building where large crowds gather (or hotspots, as Segan mentioned previously), while mid-band (utilizing 4G infrastructure) will cater for urban communities. The low-band options (also based on existing network infrastructure) will cater to those outside large urban areas.

In practical terms, this means that hotspot users can utilize speeds up to 10Gbps, mid-band users in cities will achieve a maximum of 1Gbps per second and rural users the lowest of all, a peak of 100Mbps. Despite the variation, all of these speeds are a substantial increase from those currently available. Callouts for universal mmWave implementation are likely to go unanswered as the technology sacrifices coverage area to increase speed, requiring cells (boosters or repeaters) every few hundred meters to maximize speed. Walls and even rainfall can impact the service, making it impractical for large rollout.

If 4G coverage is unavailable or spotty in your area, then 5G will make little difference, if any, to your mobile coverage. Review Opensignal’s 2018 global 4G report to determine how your country ranks for 4G availability and speed.

True universal coverage will only take place with airborne or satellite solutions that are later integrated into the 5G network.

Realities and Costs of 5G

Business preparing for 5G have some research to perform, based on their location, bandwidth requirements and hardware selection. How about possible carrier costs?

"Verizon is selling 5G initially for a $10 premium over 4G with unlimited data. That feels like what the industry will converge on,” said Segan.

Unfortunately, despite having three ‘unlimited plans’ there are many limits involved. The same Is true of other carriers, with data caps commonly applied (the highest being 75Gb) before a drastic speed drop takes place. Therefore, if these limits are maintained and mmWave technology applied, your monthly limit is used up in 7.5 secs, assuming peak data use of 10Gbps.

Did you enjoy the brief 5G experience? One wonders why advertisers harp on about enjoying smooth video streaming when data caps make it impossible to maintain for the entire month. I can only assume that these data caps will be increased if we are to enjoy the technology benefits to any real extent.

Companies considering the integration of 5G must prepare in advance, but not necessarily immediately.

“What's happening in 2019 will change everything, but it won't change much in 2019. We won't have broad 5G coverage or major consumer device penetration until early 2021, and we'll probably really see the impacts in 2023 or 2024. That said, if your business isn't preparing for this now, prepare to be obsolete in 2024," said PCMag’s Segan.

"The state of 5G is going to change very quickly. Early consumer devices will be expensive and won't be able to access later capabilities. Figuring out the appropriate jumping-on point is going to be tricky for consumers who want to keep their devices for three years, but don't want to get left behind," said Segan.

Early adopters take heed. It may be best to wait a while to ensure initial problems are ironed out before investing in new hardware.

Other hardware considerations include 5G routers to connect 5G to Wi-Fi.

Investigate your local carriers and their 5G business plans. Consider security, BYOD, and allowing guest access to Wi-Fi in the era of 5G. Are there specific areas of operation that 5G will benefit? This could include the development of new services, products or improvement of internal and external processes. Perform a risk assessment and host some employee brainstorming sessions to consider all possible options.

In conclusion, the rollout of 5G is welcome, introducing new possibilities for innovation but comes with some new challenges. It’s unlikely that carriers will abandon their copper and fiber networks so expect further integration on that front. The main takeaway is that companies and employees will indeed have access to higher broadband speeds. This may open up more opportunities for telecommuting but only if carriers offer realistic data caps (that reflects the greater bandwidth available) on their so-called unlimited plans. In the meantime, business owners should exercise due diligence and investigate every possible advantage (and disadvantage) that 5G will offer, integrating the solution only after initial issues are identified by early adopters and resolved.