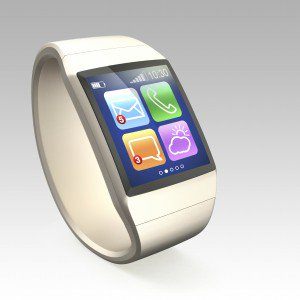 WYOD = The Next Big IT Department Headache?

Over the past few years, organizations have been forced to deal with the rapid rise of BYOD, which created a number of IT problems as more and more employees began bringing in their own devices to the workplace. Today, there is a new trend IT departments are preparing to deal with that could be more troublesome than its predecessor: Wear Your Own Device (WYOD). With the number of wearable devices steadily increasing, from Google Glass to Apple watches, it’s only a matter of time before we see a proliferation of wearables in the enterprise.

However, much like with BYOD, it would appear that businesses have yet to grasp the full implications of the situation and aren’t currently taking wearable technology seriously enough. Very few are prepared for the impact that these devices will have on security and the corporate network. Even the healthcare sector, the much hailed early adopter of wearable technology, is not sufficiently prepared for the impact of Apple throwing it’s might behind the wearable device. A recent Freedom of Information Act (FOIA) request by Ipswitch revealed that when asked specifically about managing wearable technology entering the workplace -- from Google Glass to smart watches -- 83% of NHS trusts admitted to having no strategy in place.

With the potential for another IT ‘crisis’ on our hands, businesses and organizations need to begin planning ahead for WYOD before it has the chance to impact network performance and security, with inevitable calls to the Help Desk. Similar to when employees began bringing their own portable devices into the workplace, the sheer volume of additional devices connecting to the network in the form of smart watches and other wearable technology is likely to put a strain on company networks and slow performance. Depending on the type of devices, available IP addresses could also be an issue for some companies.

The WYOD trend is only going to increase in popularity and it’s up to businesses to plan for the onset before it proliferates organically without guidelines. Addressing security concerns linked to these gadgets is paramount and businesses would be best served to take a proactive rather than reactive approach to building out policies/ strategies. Don’t just wait for employees to start accessing network resources through these wearable devices. Planning for network improvements and policy development needs to take place sooner rather than later.

To read more on my thoughts about WYOD, check out my recent post in WIRED: With Apple Watch, Will WYOD Wear Out Its Welcome With IT?