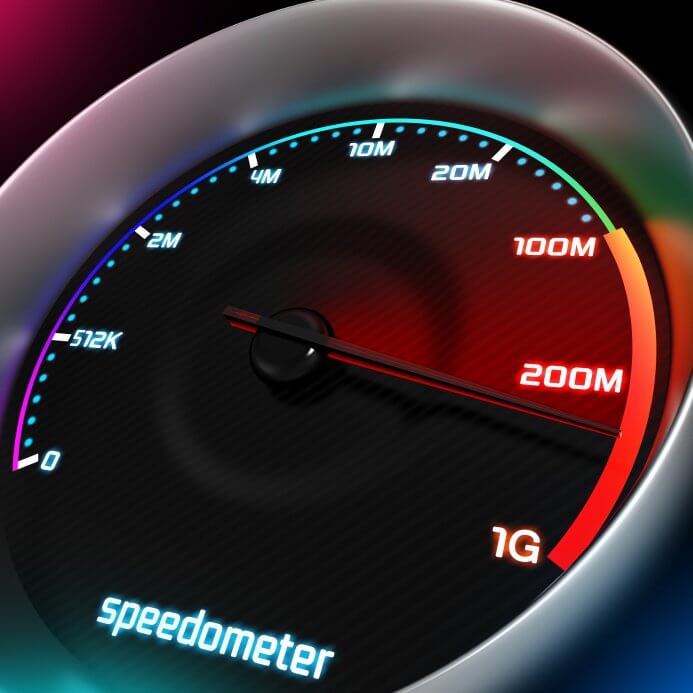 Be Prepared with Enough Network Bandwidth

Predicting the future isn't a perfect practice without a DeLorean. For support desks at SMBs, however, determining network bandwidth needs down the line is critical to sustained growth. The farmer's almanac may not cover network environments, but with a few helpful tips, you'll gain much-needed perspective on how to plan for current and eventual system requirements.

Lars Brennan has spent the last two decades in IT functions ranging from network admin to director of operations, and for a variety of SMBs. Currently serving as an IT consultant in northern Colorado, Brennan is special in that he's found himself knee-deep in bandwidth limits as company growth takes on data that outpaces the capabilities of its original network. More importantly, he's found considerable success having confronted these crises early on in his technical tenure.

"All too often I focused on the problem, rather than the circumstances surrounding it," Lars said quickly when asked about these midsized network headaches. "When I began to explore the current network environment and the people behind its traffic, I learned some valuable things." Lars hits the nail on the head here: Network bandwidth serves to foster communication between multiple business applications, most of which are driven by humans in front of keyboards. Understand how the individuals sitting next to you interact with the network, and you'll find yourself with the intuition to not only address present concerns, but plan for future requirements based on which data points receive the most activity and why.

The real beauty in approaching bandwidth planning — from a behavioral perspective, according to Brennan — is that you begin to see the nuances of each source of traffic. "When I would try to tackle bandwidth issues from a programmatic stance, I would simply go to my network monitor and compile an application list of top bandwidth abusers." he says. "I'd then pinpoint non-core apps that could be throttled or better prioritized." Lars goes on to describe that although this approach worked well enough in the beginning, he began to notice different users engaging with the same application in very different ways as the company grew.

"We would have a small group of developers using the exact same IDE, but for very different purposes. GUI guys would be using an insignificant amount [of bandwidth], whereas the ones testing data features would eat up more than we had allotted." How come? Because not every department is an equal contributor to the data usage you're measuring, even if 100 people are touching the same application.

This presents a unique opportunity to delegate network resources for a current environment's future growth based on in-depth knowledge of the people who use your hardware and software. As such, one of the best ways to begin planning the often-turbulent requirements of SMB network bandwidth is to examine the tasks behind the applications that wind up spiking on your network monitor. Take a look at who's using them, what they're using it for and how future projects may change the answers to those first two issues.

Understanding the way in which a particular user consumes bandwidth — with respect to the software and hardware that goes with it — allows you to draw a detailed roadmap of your overall network requirements. It's not the only view, though. Cloud computing can throw a major wrench into even the best network plans because you can't always identify the source of activity in a drive that's accessible off-site or on a separate device. In these instances, stick to what you know: Use your knowledge of user behavior to set up appropriate VLANs, which TechTarget suggests can better organize and isolate the most logical cloud segments.

In the end, a user-centric approach to network planning serves two important purposes: First, it gives you the environmental insight to build a detailed network bandwidth management plan. And second, it allows you to marry this knowledge with new potential projects and assets so you can better predict what your future network requirements will look like. In tandem with conventional capacity planning wisdom, you'll be well equipped to provide a robust network that handles modern SMB challenges, however many users may be involved.