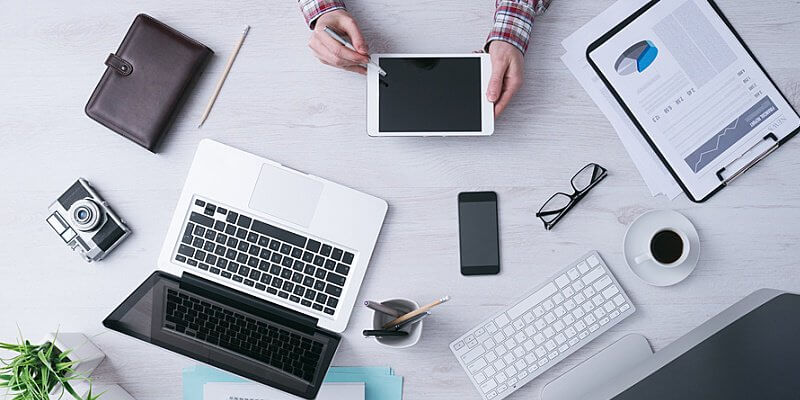 BYOD Risks and How to Manage Them

Knowing which BYOD risks your fellow IT pros face is paramount in determining how to mitigate them. And the scope of BYOD's influence on company data hasn't stopped changing since your office first implemented a BYOD policy. What kinds of devices are users likely to bring to work with them? The range of devices encompasses more than just smartphones and tablets. Once these devices are identified, however, the risks they represent can help your team formulate a policy to keep resources safe when accessed from outside the network.

Workers Bring More than One Device to Work

Not long ago, information security only had to worry about employees bringing work home on company laptops and logging in remotely. Then smartphones hit the market, followed by tablets and phablets. On any given day you might see smartwatches, fitness trackers and even smart fobs try to access your network for control over a home automation or security system.

As an example of this proliferation, the U.S. Marine Corps recently partnered with three mobile carriers to provide a total of 21 iOS and Android smartphones to see if secure access to the Corps' intranet can be delivered. Less than 1 percent of Marines use BlackBerry devices; the rest have moved to mostly Android or iOS. This is consistent with a recent Frost & Sullivan report, which suggests approximately 70 percent of U.S. organizations tolerate BYOD activity — a number that is expected to climb by almost 10 percent in a few years.

Mobile devices aren't usually designed with high security in mind, and concerns of cybercrime are often addressed quite slowly in OS or application updates. Smartphones, smartwatches and wearables may not have the ability to send and execute files remotely, but they may be able to gain access to company APIs and wreak havoc on your UX. This means their attacks may be harder to detect due to such a subtle interference.

One company recently flirted with bankruptcy because it lost a number of lucrative contracts due to overbidding. A malicious programmer, after planting malware in the company's system, was able to manipulate internal APIs to change costing data, causing the sales team to produce inaccurate prices for their clients.

In a recent report titled "Defending Against the Digital Invasion," Information Security magazine suggests mobile devices "can easily turn into a beachhead that an attacker can use to compromise your network. Proper onboarding, network segmentation and testing of these devices will be critical, but these processes have to be developed to scale."

Chances are, malware will have already breached your perimeter security controls by the time it touches a personal device. In order to defend against this kind of intrusion, your controls need to be able to detect and monitor lateral movement. They should also be applied continuously to identify threats before they cause damage. In the first part of 2015, for instance, there were several thousand reports of malware targeting connected disk-storage devices — network surveillance camera storage devices among them — so that it may scan for these potential beachheads.

Mobile device APIs don't often include sufficient rate limits. They're also quite easy to exploit for DDoS attacks. And because the requests generated in this type of attack originate from within the network, they are harder to detect and can quickly overwhelm and compromise a backend database. Future DDoS attackers may use mobile devices to enter specific application-layer resource bottlenecks. Already inside the network, they can then send fewer requests that are significantly more difficult to filter out than DDoS attacks that originate outside the network because they "fit in" with normal queries.

As wireless becomes your primary user network, you need to deliver the availability and performance your users expect from the wired network. BYOD complicates this by increasing network density, bandwidth consumption and security risks. Download this Ipswitch white paper and and learn the top 10 hidden network costs of BYOD.