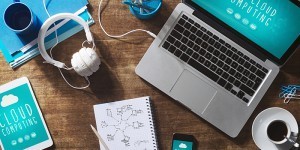 How Application Performance Monitoring Keeps the Cloud on Track

Cloud computing is a ready-made revolution for SMBs. Forget about server downtime; elastic computing and API-driven development is perfect for smaller organizations with project funding in the mere thousands of dollars.

Perfect world, right? Well, maybe a "perfectable" world. While developers are doing the elastic, agile thing — leveraging the power of pre-built tools through IFTTT or Zapier and getting Big Data tools from GitHub — they're making assumptions about available bandwidth. They may even add Twilio to the mix so the company can SMS you in the middle of the night when their app hangs.

App Performance: 'It's Spinning and Spinning'

"I can't do anything. It's just keeps spinning," you're thinking. Classic Ajax loader. Users from a different era prefer freezing metaphors, but those are just as obvious, and don't encompass today's issues: "My email won't send," "My daily sales dashboard won't load" and, now, "the whole neighborhood's smart meters are offline."

A new set of network demands are rounding the corner, foreshadowing a greater need for application performance monitoring: SIEM, Big Data, IoT, compliance and consumer privacy audits. It is the slow death of offline archiving. And for each, file sizes are on the rise and apps are increasingly server-enabled — often with heavy WAN demands.

Presented with bandwidth concerns, some support specialists (or DIY-minded developers, as that is often the SMB way) will turn to open-source tools like Cacti to see what they can learn. And they may learn a lot, but often the problem lies deeper inside an app's environment. As one support specialist explained (known as "crankysysadmin" on Reddit), "It isn't that easy. There are so many factors that affect performance. It gets even more tricky in a virtualized environment with shared storage and multiple operating systems and complex networking."

Another admin in the Reddit thread agreed: In terms of app performance monitoring, he responded, "there's no one-size-fits-all answer. What type of application are we talking? Database? SAP? Exchange? XenApp? Is it a specific workflow that is 'slow'? What do you consider 'fast' for that same workflow?"

App usage spikes have many possible causes, which is precisely why a commercial app monitoring tool that is easy to use when you need it in a pinch can ultimately pay for itself. Depending on site-dependent update policies, types of applications support, regulatory environment, SLAs and cloud vendor resources, you'll sooner or later be faced with:

The last of these, situation awareness, deserves an emphasis. Consider the impact of moving monthly reports to hourly, or a BI dashboard suddenly rolled out to distributor-reps. Situational awareness at the app level can ward off resource spikes and sags or even server downtime.

Whether the monitoring answer is open source or commercial depends partly on whether your apps are considered mission-critical. For some, VoIP and Exchange have been those applications. The SLA expectation for telephony, for example, is driven by the high reliability for legacy on-premises phone systems that rarely failed. SLAs for VoIP are often held to the same standard.

And what's mission-critical is probably critical for job security. If the CEO relies on a deck hosted in Sharepoint for briefing at a major conference, and he can't connect at the right moment — well, you may wish you had a bigger IT staff to hide behind.