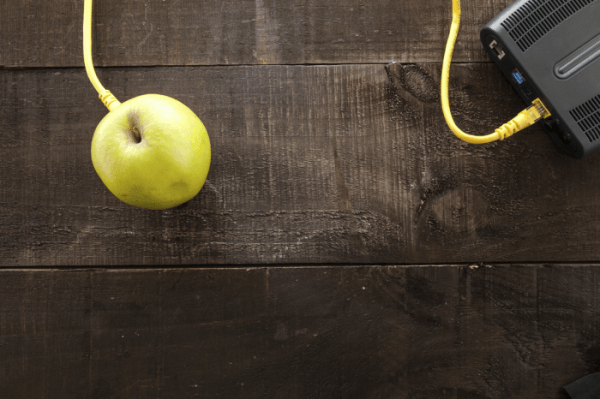 CES 2016: The Internet of Things Will Challenge Networks

CES, the first big technology event of 2016, wrapped in Vegas last week and as expected, the Internet of Things (IoT) was a hot topic. If last year’s show was the one where everyone heard about the potential impact of disruptive technology, this year was certainly the year we saw the breadth and depth of the IoT. From the EHang personal minicopter to more fitness tracking devices than you could, erm well, shake a leg at, CES 2016 is abuzz with news of how technology is shrinking, rolling, flying and even becoming invisible.

With everything from ceiling fans to smart feeding bowls for pets  now connecting to the expanding Internet of Things, it’s time to ask how network and IT pros can cope with the escalating pressure on bandwidth and capacity.

Whether we like it or not, the world is becoming increasingly connected. As the online revolution infiltrates every aspect of our daily lives, the Internet of Things (IoT) has gone from an industry buzzword to a very real phenomenon affecting every one of us. This is reflected in predictions by Gartner, which estimates 25 billion connected ‘things’ will be in use globally by 2020. The rapid growth of the IoT is one of the key topics at this year’s CES. SAIC’s Doug Wagoner’s keynote speech focused on the how the combination of government and citizen use of the IoT could see up to double Gartner’s predicted figure of internet-connected items and hit 50 billion devices within the next five years.

It’s easy to see why. Just as sales of original IoT catalysts such as smartphones and tablets appear to be plateauing, emerging new tech categories including wearables, smart meters and eWallets are all picking up the baton. The highly anticipated Apple Watch sold 47.5 million units in the three months following its release. Health-tech wristbands, such as Fitbit, have also been very successful and were estimated to reach 36 million in 2015, double that of the previous year. Fitbit announced its latest product, the Fitbit Blaze smartwatch, at the show and is marketing it as a release which will ‘ignite the world of health and fitness in 2016’. Devices are becoming increasingly popular and mergers with fashion brands to produce fashionable and jewellery items are set to see their popularity continue to grow.

It doesn’t end there either. Industry 4.0 and the rise of the ultra efficient ‘Smart Factory’ looks set to change the face of manufacturing forever, using connected technology to cut waste, downtime and defects to almost zero. Meanwhile, growing corporate experimentation with drones and smart vehicles serves as a good indicator of what the future of business will look like for us all.

But away from all the excitement, there is a growing concern amongst IT teams about how existing corporate networks are expected to cope with the enormous amount of extra strain they will come under from these new connected devices. With many having only just found a way to cope with trends such as Bring Your Own Device (BYOD), will the IoT’s impact on business networks be the straw that finally breaks the proverbial camel’s back?

The answer is no, or at least it doesn’t have to be. With this in mind, I wanted to look at a couple of key areas most likely to be giving IT teams taking care of companies’ networks sleepless nights and how they can be addressed. If done effectively, not only can the current IoT storm be weathered, but businesses can begin building towards a brighter, more flexible future across their entire network.

Many networks were simply not designed to cope with the demands being placed on them today by the increasing number of devices and applications. Furthermore, while balancing the needs of business-critical software and applications over an ever-growing number of connected devices is no easy task for anyone, the modern business world is an impatient place. Just a few instances of crashed websites, slow video playback or dropped calls could soon see customers looking elsewhere. They don’t care what’s causing the problems behind the scenes, all they care about is getting good service at the moment they choose to visit your website or watch your content. As a result, having the insight needed to spot issues before they occur and manage network bandwidth efficiently is an essential part of keeping any network up and running in the IoT age.

The good news is that most of businesses already have the monitoring tools they need to spot tell-tale signs of the network beginning to falter, they just aren’t using them to their full ability. These tools, when used well, provide a central, unified view across every aspect of networks, servers and applications, not only giving the IT team a high level of visibility, but also the ability to isolate root causes of complex issues quickly.

Efficient use of infrastructure or network monitoring tools can also allow the IT team to identify problems that only occur intermittently or at certain times by understanding key trends in network performance. This could be anything from daily spikes caused by employees all trying to remotely login at the start of the day, to monthly or annual trends only identified by monitoring activity over longer periods of time. Knowing what these trends are and when they will occur gives the team essential insight, allowing them to plan ahead and allocate bandwidth accordingly.

The vast majority of IoT devices connecting to the business network will be doing so wirelessly. With wireless access always at a premium across any network, it is critical to understand how a large number of additional devices connecting this way will impact on overall network performance. By developing a benchmark of which objects and devices are currently connecting, where from, and what they are accessing, businesses can get a much better picture of how the IoT will impact on their network bandwidth over time.

Key questions to ask when establishing network benchmarks are:

By benchmarking effectively, businesses can identify any design changes needed to accommodate growing bandwidth demand and implement them early, before issues arise.

In addition to the bandwidth and wireless access issues discussed above, the proliferation of the IoT brings with it a potentially more troublesome issue for some; that of security and compliance. In heavily regulated industries such as financial, legal and healthcare, data privacy is of utmost importance, with punishments to match. And it is an ever-changing landscape. New EU data privacy laws that will affect any business that collects, processes, stores or shares personal data have recently been announced.

Indeed, businesses can face ruinous fines if found in breach of the rules relating to data protection. However, it can be extremely difficult to ensure compliance if there are any question marks over who or what has access to the network at any given point in time. Unfortunately, this is where I have to tell you there is no one-size-fits-all solution to the problem. As more and more Internet enabled devices begin to find their way onto the corporate network, businesses must sit down and formulate their own bespoke plans and policies for addressing the problem, based on their own specific business challenges. But taking the time to do this now, rather than later, will undoubtedly pay dividends in the not-too-distant future. When it comes to security and compliance, no business wants to be playing catch up.

The Internet of Things is undoubtedly an exciting phenomenon which marks yet another key landmark in the digitisation of the world as we know it. However, it also presents unique challenges to businesses and the networks they rely on. Addressing just a few of the key areas outlined above should help IT and network teams avoid potential disruption to their business (or worse) as a result of the IoT.