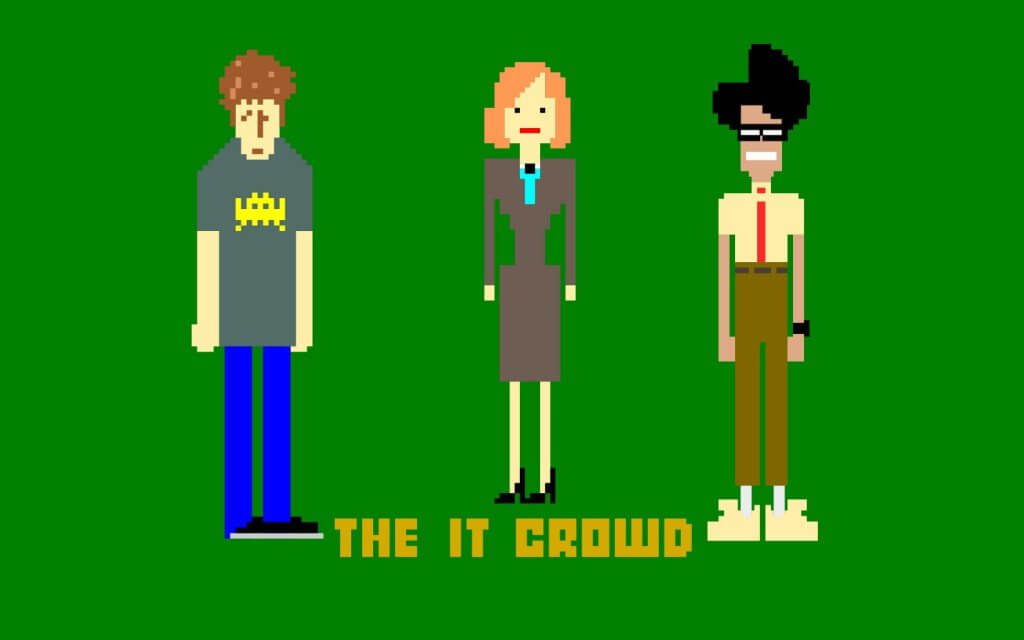 What Do You Do for a Living? Four Myths of an IT Pro

What do you do for a living? I get this question all the time.

It starts as a friendly discussion: John's a lawyer, Jane's a doctor, and Bob works for a construction firm. Me? I'm an IT guy. Everyone smirks a little, looks away and then turns back. "What exactly does that entail?" I get it; if tech isn't your thing, it's tough to explain. For the most part it's like any other job, but with "nerd culture" going mainstream people often make big assumptions about what I really do at work. Let's break down some of the best stereotypes.

Ever seen "The IT Crowd"? The show has enough traction that "the nerdy guy with glasses" — software dev character Maurice Moss — is often used as a model for the typical sysadmin. He's socially awkward, doesn't read body language or spoken-word cues, and his interests beyond IT are off the beaten path or still in some way software-related. This is the first stereotype that always comes to mind, but often isn't even close.

A 2008 study asked respondents to describe IT pros using adjectives. Number two on the list? "Dirty." There's a persistent belief that the helpdesk is exempt from corporate dress and deportment rules — that stained T-shirts and unwashed hair are somehow acceptable. While this may have been somewhat true even just five years ago, the commercialization of user technology has made this virtually impossible. I am now expected to not only assist tech-savvy employees, but deliver actionable insight to CISOs and other senior executives while I'm at it. Simply put, being dirty doesn't get you ahead or resolve today's issue.

If we're talking about my job, chances are users relate a "terrible" experience they had with either in-house or outsourced IT. It goes like this: Someone had a BIG PROBLEM and hit up support to fix it right away. You didn't come immediately and, when you did arrive, treated them like they were "somehow" to blame. Within a few minutes the problem was fixed, but they can't believe the nerve you had.

Here's the thing: In most cases it's their own fault, and we're putting out too many other fires to put them first on the list. The result? We come off a little strong, a little know-it-all because in most cases we actually do. There's a trend away from this image, though, as users learn more about the tech they're using and both IT pros and frontend workers face the challenge of increasing cloud adoption. Short answer? Sometimes I'm still a bit critical, but I'm working on it.

At the other end of the scale are those interested in a career in infotech — those who see us as hacking heroes. It all started with the 1995 classic "Hackers" with Jonny Lee Miller as rebellious hacker Crash Override and has continued with films like the less-well-received "Blackhat" in 2015. Instead of necessary tasks like server maintenance or network monitoring, IT pros are seen brazenly breaching secure systems and mumbling strings of unintelligible techno-babble, all while their fingers fly across the keyboard. Bottom line? Monitoring corporate networks is a peculiar kind of madness, but generally not the cyber-ninja culture Hollywood makes it out to be.

When people ask "what do you do for a living?" I know my answer always comes with at least some preconceived notion of the "IT pro." And although some of our reputation is well-earned — we don't suffer fools well — we're not all socially awkward, disheveled or ultra-cool hacktivists. We're professionals, tasked with managing tech across users, virtual networks and multiple physical locations.

So what do I do for a living? I keep my company in the black.