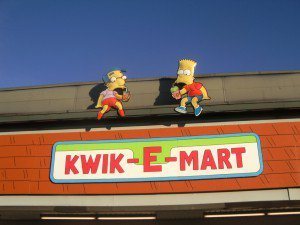 Convenience stores are the fast way for folks on the road to run in, grab what they need and be off to the next stop in their busy days. But when a regional convenience store chain known for its speedy service found itself spending as much as 6 hours to recover from fairly frequent failures of DVR servers used to help secure its stores, they gave Ipswitch’s network monitoring division a call.

For a couple of years, the chain’s network services staff had responded to DVR server failures by pulling a technician away from whatever work was assigned for the day and having he or she drive to a store to reimage the machine. Each trip meant a half day or more wasted out of the office to perform less than 10 minutes of actual onsite work to reimage the machine and reboot. Adding insult to injury, the fully burdened cost per incident topped $2500. Meanwhile, an important security asset was offline for hours at a time.

That’s when the chain’s IT director called Ipswitch and asked if we could make his IT life a little more, well, convenient. He told us that one of the other solutions he looked at before calling would cost $75 per device.  We offered a less costly alternative which included WhatsUp Gold. The IT director chose it for its ability to:

We told him that WhatsUp Gold, driving an inexpensive network appliance, could accomplish the same result for a fraction of the cost.

Now, one week after install, when one of the DVRs goes down, WhatsUp Gold “sees” the problem immediately and instantly kicks off a script to tell the appliance to automatically re-image the DVR. The result? Productivity is up now that nobody in network services needs to drop everything and jump in a car for hours at a time. Savings are up too: nearly $2500 per incident.