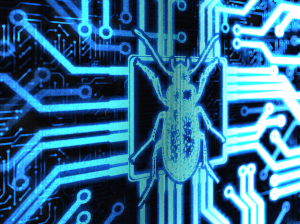 As you've likely already heard on Sept 24th a new computer security threat called Shellshock was identified and entered into the National Vulnerability Database as CVE-2014-7169.

The Shellshock vulnerability does not affect any Ipswitch products.


Shellshock is a bug in the widely-used Bash shell, the Unix command-line shell that has been around for 20 years. Shellshock affects almost all Linux, UNIX, and Mac OS X operating systems and the US-CERT has given the flaw the maximum CVSS rating of 10/10/10 for severity, impact and exploitability.

Security is a top priority at Ipswitch and we assessed our products as soon as we became aware of this threat. We have since determined that all supported versions of the Ipswitch WhatsUp Gold network and server performance monitoring suite are not affected by the Shellshock bug.

We strongly recommend you follow the advisories of your respective Operating System provider.