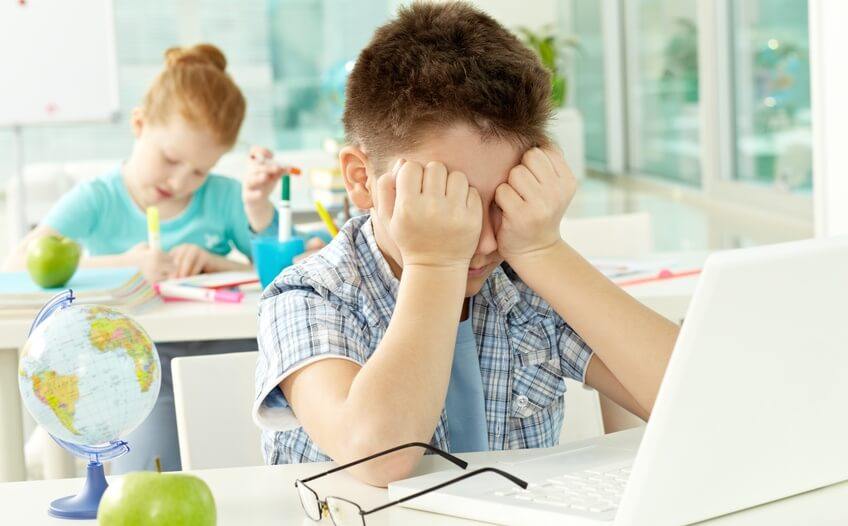 Taking the Stress Out of Online Testing

I had recently become a substitute teacher at a Boston-area high school and one morning not a single sophomore showed up for my sociology class. The French teacher in the classroom next to mine explained that MCAS season was upon us and educators in non-essential subjects are effectively ignored for the next three weeks while the students crammed like mad.

My Introduction to Standardized Online Testing

This was my first introduction to the Massachusetts Comprehensive Assessment System or MCAS, the mandatory standardized test that had come to dominate education in the state for the last decade. I had only the most fleeting familiarity with standardized tests in general since I was raised in Canada.

But I'd been through grueling mid-terms, final exams and other cram sessions as a student myself – how much different could the MCAS be? I had no idea.

My sociology classes were all canceled in order to give the students more time to study. English, math and science teachers worked 14-hour days trying to get students up to speed on the seemingly-arcane testing requirements. Mandatory, two-hour classes for the entire school on how to tackle the test strategically were held in the largest auditorium.

Dire threats of the consequences of failure were openly discussed: drops in academic standing, reduced funding, enforced remedial night classes and worse. It was implied that any attempt to cheat would result in unspeakably worse horrors. Besides, the test itself would be taken in the gymnasium under the eyes of multiple roaming proctors with instructions to proffer neither aide nor mercy. The mood of the school hovered somewhere between panic and despair.

Watch this short video to learn how to manage wireless networks to reduce classroom stress.

Never in my life have I seen such young kids whipped into such a frenzy. It all culminated in a few days of staggeringly intensive test-taking where you could literally feel the tension emanating from the franticly-scribbling students as they filled in their electronically-scored forms. The after effects were not unexpected: tears, vomiting, hysteria, unexplained absences over the next week, etc. Fortunately, kids are resilient and a couple of weeks later things were back to normal.

I haven't taught in years, but I've never forgotten the atmosphere of that high school during MCAS. I've also noticed that similar tests have become required all through the American educational system. The value of these tests has been hotly debated, but there's general agreement that my experience is far from unique (just Google MCAS+stress if you don't believe me).

Most of these standardized tests are now administered online. An improvement, right? Not necessarily!

While it might be simpler for students to take the tests on a school computer, they now have to deal with the not-uncommon issue of network outages disrupting or canceling their testing sessions. Despite the best efforts of the school's IT team, far too many times students have keyed themselves up for a high-stakes test only to find that their computer is slow or non-responsive.

Or worse, that their testing session – the event they've been cramming for and stressing over for weeks – has been canceled altogether. It brings to mind the unpleasant image of racehorses at the Kentucky Derby brought into a starting gate that never opens. 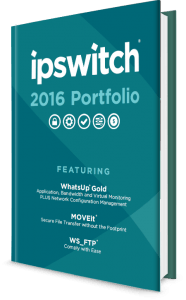 Check out the Ipswitch 2016 Product Portfolio to see which solution might be right for you.

No one wants to disrupt online testing with network outages, but it's important to remember that most K-12 IT teams spend the majority of their time interfacing with administration and teachers. When outages happen the administrators are going to be yelling the loudest at IT and they might even hear some angry feedback from faculty. But the people impacted most severely are the people that are the actual raison d'etre for the school in the first place: the students.

So, while I know K-12 IT teams work hard in order to provide reliable connectivity on multiple campuses with limited equipment budgets and buildings that tend to act as Faraday cages, it's important that they remember the silent majority who bear the brunt of these outages when they happen during online test sessions.

Ensuring the network is working, monitored and capable of handling the demands put upon it is already top of mind for these IT teams and they do a great job. I just find it interesting that while network outages are never a good thing, most organizations quantify them in terms of financial cost. There's also a human cost that the education industry needs to consider, which makes maintaining uptime doubly important.

Using a network monitoring system can help IT teams reduce the stress of online testing in the following ways:

Join a live demo and learn how WhatsUp Gold can help you sort out how to keep your systems online and performing as they should.