Did You Thank Your SysAdmin Today?

Our Hero, the SysAdmin

In honor of today’s 15th annual System Administrator Appreciation Day, also known as SysAdmin Day, we have revealed the findings from the latest version of our annual Red Shirt Survey. The results highlight that IT network professionals are working harder than ever, but are still feeling underappreciated - and they suffer from a general lack of respect within their organization.

More than 250 SysAdmins in the U.S. took our survey over the first 9 days of this month. Results show us that SysAdmins aren't looking for grand gestures. Just a genuine "thank you" will usually do. Or just reboot your machine before hitting the panic button to alert IT. Here are some interesting highlights from the SysAdmin survey: 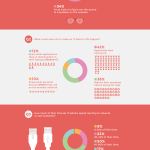 We hope these findings will lead to more appreciation for the dedicated SysAdmins and other IT pros who work day and night to keep our networks and applications humming along. These IT heroes work hard to equip their colleagues with the technology and support they need to innovate, collaborate and do their jobs. That is a lot of pressure to work under.

So when you see one of your SysAdmin colleagues today - or any day for that matter - a simple ‘thank you for everything you do’ will go a long way.