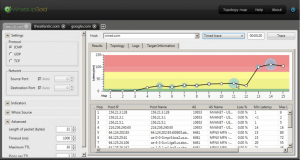 The Importance of Continuous Delivery in DevOps

DevOps as a practice and philosophy includes the communication and teamwork between developers and IT operations. Traditionally, developers and operations are two very different teams who would point fingers when issues would arise with software. DevOps is an attempt to abolish this and has both teams work together. The business result of this is a more stable and reliable software to provide to customers.

In the world of DevOps, continuous delivery (CD) is meant to encapsulate the process of how to go about short cycles in releases of software by means of using agile methods. One frequently used architecture in CD is the use of microservices, which can be independently built and deployed to allow agility of a system.

There are a few different building blocks of DevOps, but continuous delivery is one of, if not the most important. CD is a way in which to put new code into a pipeline, test it at different stages through automation and at the end, it is allowed to flow into the production systems, safely. This allows not only for more stability of the software itself but also for it to be released much faster to customers. There are many tools for pipelines; Azure DevOps Pipelines is one that is starting to become very popular, especially with Microsoft users.

The speed of software releases is one of the great characteristics of DevOps and CD. It provides a way to get customer feedback constantly through agile processes, and then to make changes and releases features that customers want. Feedback from customers is critical in CD and can be done with user testing. Building automation around the building and releasing of software consequently increases the speed.

By automating the delivery of software, failure to production is minimized due to the amount and degree of testing. Failure in DevOps is ideally occurring before the code is released into production, which is why testing exists. Finding bugs in code prior to production releases occurs at a much higher rate with continuous delivery because the testing is written in code that is also set in version control and updated accordingly. There are various stages to testing with CD. For instance, the actual building of an artifact is tested in the pipeline with tools like Jenkins.

Continuous Delivery is a major part of the DevOps culture as it allows speed to market for new software and new software features. It goes hand and hand with continuous integration (a familiar phrase is CI/CD), with tools like Git, so that multiple developers share the same repository. DevOps is certainly here to stay for the foreseeable future for developing and deploying software, and continuous delivery is a huge part of this movement.