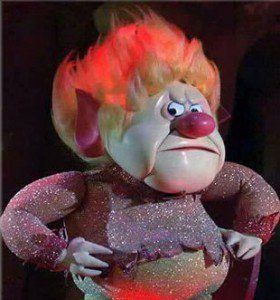 Tracking Down the Heat Miser with a Network Bandwidth Monitor

A facilities manager at a global real estate firm called recently. He was literally hot under the collar. Company headquarters on the U.S. West coast had been fitted two years earlier with a new HVAC system. It was designed to showcase the firm’s commitment to environmental efficiency. A month before we heard from him, temperatures at HQ started to unexpectedly spike up to the high 80s. And just as quickly subside. More than a few hot heads began to complain.

The contractor who installed the system checked every device but couldn’t find the problem. The facilities manager told us, “Every time the heat kicked in, I tried to monitor network bandwidth on the HVAC controls network for anomalies. But the temperature would return to normal before I could find any latency with network requests.”

He knew that tracking network bandwidth levels would lead to the source of the problem. But he couldn’t find a product that would do that job until he learned about WhatsUp Gold Flow Monitor from Ipswitch. The network bandwidth monitor measures data from multiple devices and ports that can be grouped together by type. It can then report and create alerts when traffic bottlenecks threatened to take a hit on performance.

The facilities manager had Flow Monitor installed by his IT team. They configured thresholds to track the volume of traffic between:

He found the device causing the problem using the product’s unified dashboard. The device was immediately replaced.

The heat miser was banished.