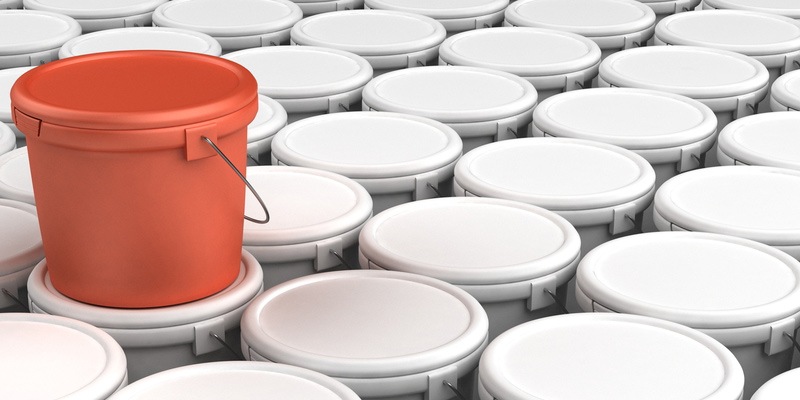 It would be nice if AWS S3 Buckets were just a fancy, cloud-hosted network-attached storage (NAS).  It would also make for a very short article.  You’re here because you know that S3 isn’t as “simple” as it’s made out to be.

AWS S3 is an object-level storage service.  It excels at data availability, security, scalability, and performance.  To top it off, it’s packed full of administrative tools and management features – both in the form of a GUI and API.  It treats developers as first-class users, putting you in charge of how data is created, replicated, and even destroyed. But how does it work? How does it differ from traditional NAS and other cloud SaaS storage providers?

In this article, you’ll learn in-depth what AWS S3 Buckets are, how they integrate with other AWS services, and how they differ from other storage solutions.

What are AWS S3 Buckets, Exactly?

There are a few key terms to understanding AWS S3, the first of which is the “Bucket”.  A Bucket is a logical container of objects.  In traditional NAS terms, this would be a “folder”, but because S3 deals with objects and not files, the distinction becomes important.

AWS S3 Buckets serve a few different purposes beyond organization.  You can implement access control at the bucket level, and they’re the highest level for AWS namespaces.  Additionally, AWS billing is based on aggregate bucket sizes.

The next key term to help understand AWS S3 is the “object”.  In the traditional NAS sense, this would be the “file” though again, it is different in AWS.  Objects are a name/value pair of data, or the “contents”, and metadata.

From an information security perspective, it’s important to note that Amazon can’t see the data inside of any objects, but they can see the metadata.  The metadata is a series of information about the object itself like last date modified, file size, and other HTTP specific metadata.

Object identification is another interesting aspect of S3 and the way Amazon accomplishes this is by using individual “keys”.  On object creation, you specify the key name.  This key name uniquely identifies each object within a bucket.  Although there is no folder structure within S3 buckets, you can infer the structure by naming keys appropriately.

For instance, if you were to want to save a file called “script.ps1” in a “Development” folder inside of a bucket, the key name would be “Development/script.ps1”.  S3 is smart enough from the console to interpret these types of key names as folders, even though the hierarchy on the back end is flat.  This is an important distinction if querying a bucket from the API.

Going back up a level, the last key term to understanding S3 is the AWS “region”.  This term crops up all over the AWS space and is the geographical location of where you’re cloud data lives.  With S3, regions become important in order to minimize latency or costs.  This could also be important if what you’re storing is regulated such as credit card information or personal data.

Now that we know a bit more about S3 and how it works, how does S3 work across the AWS ecosystem?

How Do AWS S3 Buckets Integrate With Other S3 Services?

Amazon, much like Apple, rewards the end-user for living in the ecosystem.  For Apple, when you have an iPhone it will automatically pair with your AirPods and sync back to your iMac seamlessly.  Similarly with Amazon, the more AWS services you consume, the more integrated they become. S3 is a cornerstone of these integrations because object storage is important for nearly all applications of AWS.

You can store CloudFormation templates in S3, to be executed via a Lambda, deploying compute resources based on a trigger.  You could also store templates in S3 for use with SNS or SES notifications.  There are many applications for utilizing S3 in cloud architecture, so let’s take an in-depth look at a couple.

One popular application of S3 is to store web files in a way that can be easily retrieved by a website or even route a static page to an object in S3.  By combining Route53 – AWS’s networking service – and S3, you can route web traffic to a static web page hosted in S3.  This allows you to avoid having to dedicate compute resources to serving a static file.

Another way to utilize S3 with other AWS services is to assist in cross-tenant or cross-region replication of storage.  When an object gets added to, removed from, or modified in a source bucket, you can generate an entry in CloudWatch – AWS’s monitoring solution. CloudWatch could then trigger an SNS notification, prompting Lambda to synchronize changes between any number of replication buckets and verify that the buckets are now in sync with the source.

This solution would reap dividends in customer deployments of applications that require up to date data fed into them, such as malware signature programs.

How Does AWS S3 Differ From Other SaaS Storage?

When people think of AWS S3, they think of reliability and developer friendliness.  This is what separates S3 from other SaaS storage solutions, like Azure Storage.  Although both of these solutions can store as much data as you could want, the ability to retrieve data quickly and reliably with the unique key is what makes S3 so special.

S3 treats developers as first-class users, so buckets, keys, and objects can all be created, modified, retrieved, and deleted programmatically.  Although there are programmatic options for Azure or even Google Cloud’s storage solutions, there are many more API features available for AWS S3, particularly around object versioning.

Another difference between AWS S3 and other SaaS storage providers are the available protocols and solutions for large data transfers.  Cloud storage providers support HTTP object transfers by default, but S3 also supports the BitTorrent protocol for more distributed peer-to-peer streaming of data.

When it comes to bulk data transfers, you can also rely on AWS Snowball to transfer petabytes of data quickly and reliably from the cloud to your location.

Ultimately, the differentiator between S3 and other SaaS storage providers comes down to the ways in which the data can be utilized.  AWS is a great solution for data in motion.

The next time you hear someone talking about storing data in the cloud, you’re sure to think of that in a different light.  AWS S3 isn’t just a fancy version of network-attached storage, it’s a highly scalable and reliable way to incorporate data into your cloud-native applications.

By combining S3 with other Amazon services, you are able to create a robust suite of solutions for any scale.  Thanks to AWS for treating developers as first-class users, you may not even have to touch the GUI to create or manage the storage, it’ll simply work.