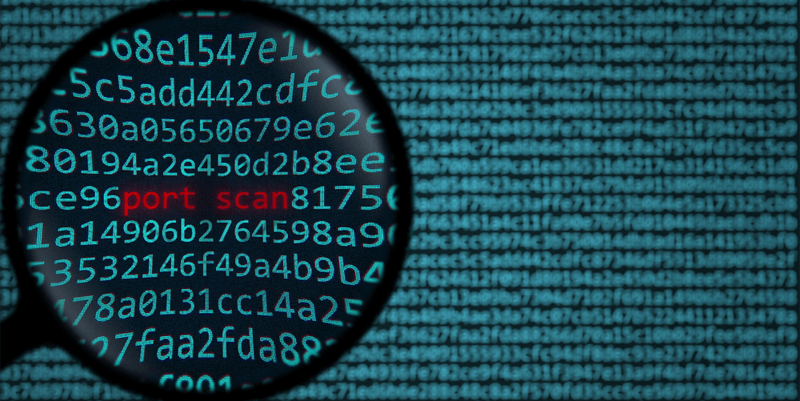 What is a Port Scanner?

Scanning ports is very popular among cybercriminals. It’s often their first step of reconnaissance to discover services they can exploit and systems they can break into as they try to steal or destroy sensitive data. Two recent examples of major breaches illustrate just how handy port scanning is to threat actors:

Both of these stories demonstrate the importance of understanding the host vulnerabilities on your network—it’s exactly what cybercriminals are trying to do with port scanning!

Running port scans against your own network essentially allows you to put yourself in the shoes of cybercriminals. The process arms you with information to improve your ability to defend against attackers and prevent potential network breaches.

Before conducting a port scan, first, develop a list of all active hosts and map those hosts to their IP addresses. This process is called host discovery, for which there are two primary protocols:

Discovering hosts on a network via ICMP messages depends on receiving a corresponding reply from the targeted hosts. If no response is received, it could mean there is no host at the target address, or the ICMP message type isn’t supported by the target host.

No response could also mean the original request was blocked by a firewall or packet filter. Generally, ICMP echo requests that do not originate from inside the network are blocked by firewalls, but timestamp and address mask requests are less likely to be blocked.

Classifying the Status of Your Ports

After completing the network scan and compiling the list of available hosts, you can run a port scan by sending packets to specific ports on a host. You can then analyze the responses to learn details about each port’s services and to identify vulnerabilities.

Port scanning classifies ports into one of three categories:

TCP and UDP are the most common protocols for port scanning, and there are several methods you can use to perform port scans. For TCP scanning, SYN scans are a favorite of many network administrators.

Another method of TCP scanning is the connect scan. This involves the scanner trying to connect to a port on the target host using the TCP connect system call and initiating the full handshake process. This creates a lot of packet overhead and is easier to detect, making it a less utilized method of port scanning by cybercriminals.

Other types of TCP port scans include NULL, FIN, and Xmas. These types of scans manipulate the TCP header flags. Here are some specific attributes of these types to be aware of:

While your network intrusion detection systems and firewalls will detect malicious network scans, keep in mind that cybercriminals keep revising their tactics and can avoid common detection rules by altering the frequency of their scans. They may also try accessing ports out-of-order or spoofing their source address.

So it’s still important to regularly run port scans to protect yourself against malicious network scans by cybercriminals. To make sure there are no holes to exploit, you need to scan your own networks for vulnerabilities before the bad guys find them!