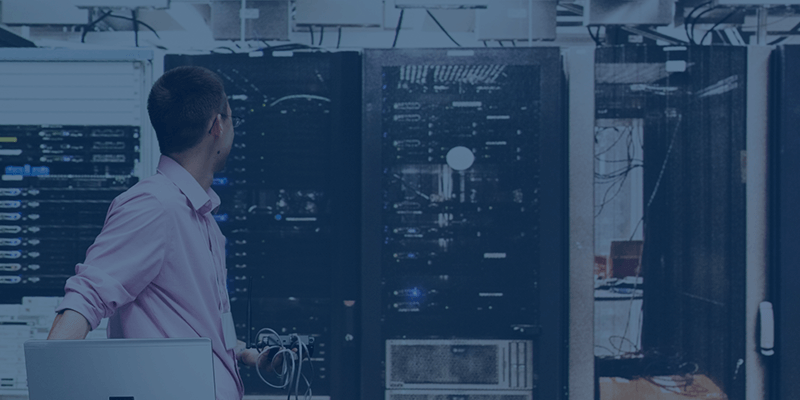 3 Secrets to Highly Effective IT Teams

Having a large number of network monitoring tools that only provide a partial view of your end-to-end environment is like five people with in the dark trying to describe an elephant by touching only a single body part.

If you could learn three ways to make a huge difference in how IT teams are perceived – you’d be interested, right? Well, it turns out that industry analyst firm Enterprise Management Associates (EMA) released the results of a survey that uncovers exactly that. Better yet, those three best-practices are the result of implementing a single, unified IT monitoring strategy.

In this three-part blog series, we’ll delve into some facts and figures that will detail exactly how that strategy pays off.

More is Not Better

For a wide variety of reasons, it turns out that a large percentage of IT teams have a good number of diverse tools they use to monitor and manage their network. You might be saying, “that’s OK because more is better.” Well, that common belief turns out not to be true.

“Research has found that maintaining such an overcrowded management toolkit can make network operations dangerously ineffective.”

The key reason is lack of integration. Having a large number of tools that only provide a partial view of your end-to-end environment is like five people with in the dark trying to describe an elephant by touching only a single body part.

In their recent ‘Network Management Megatrends 2016” research, EMA cites the number one challenge to network operations success reported by managers was a lack of end-to-end visibility. Other top challenges included a fragmented toolkit and a lack of cross-domain visibility. 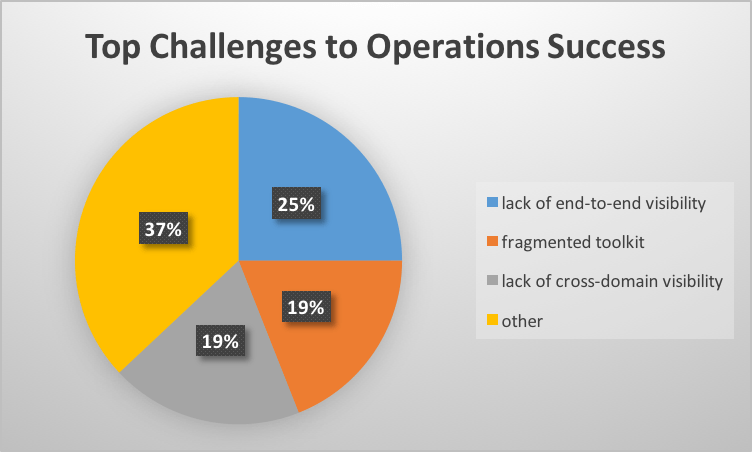 The Megatrends study goes on to find that the typical enterprise has somewhere between 4 and 15 network monitoring tools.  Who the biggest offenders are based on company size will surprise you as well. Small companies typically have between 1 and 5 tools. Mid-sized operations have 4 to 10. Large enterprises have 16 or more. 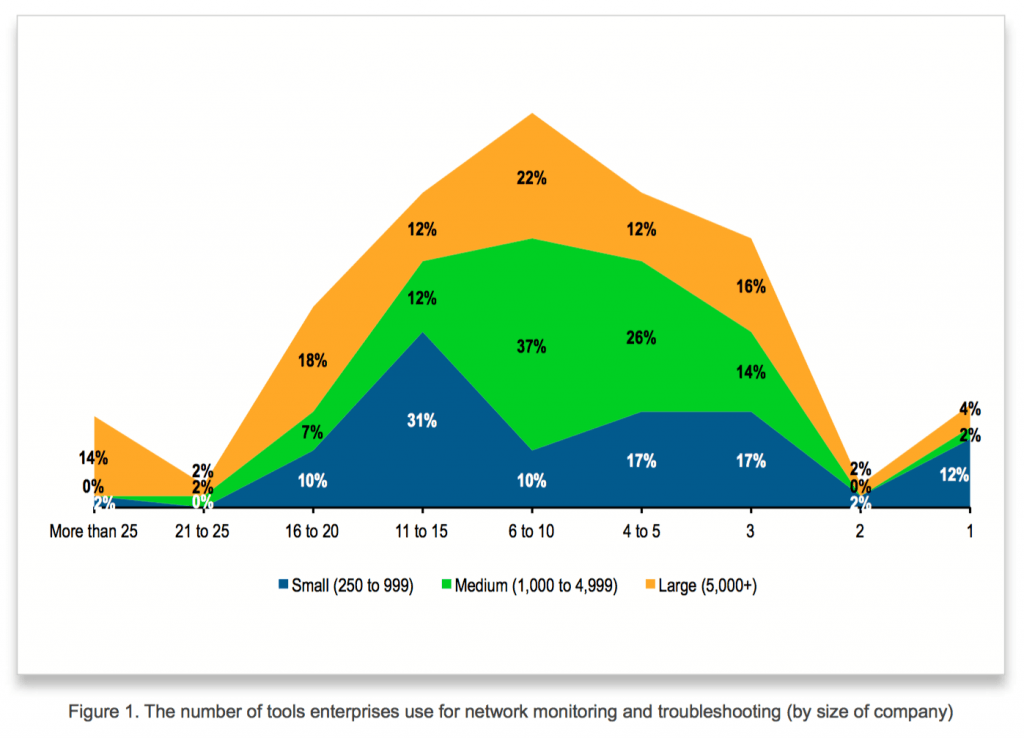 The EMA research is pretty clear that when the network team has too many tools, they are “less efficient and prone to experience gaps in visibility”.

Up Next: Unified Means Proactive

Next week, we’ll dive into more detail on exactly how this problem of too many tools affects efficiency. We’ll also quantify the benefits of a unified approach in terms of reducing the incidence of customers reporting problems before the operations team knows about them and time spent in reactive versus proactive management.

In the meantime, download a free copy of the EMA white paper entitled "How High Performing IT Teams Monitor Their Networks" for more information.