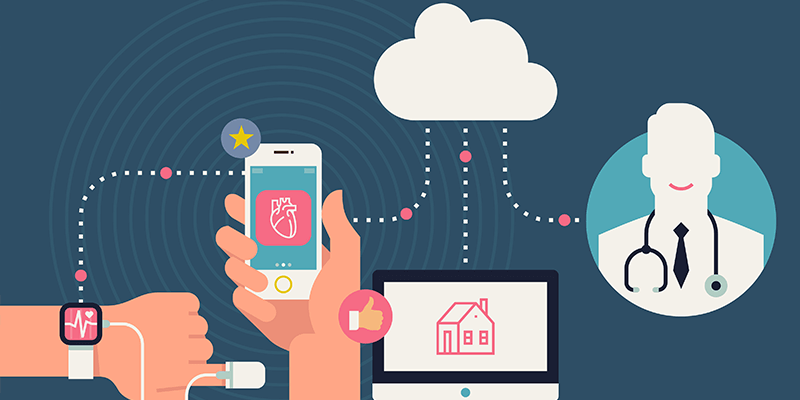 The air you breathe has a direct impact on health and depending on the pollutants, a variety of health issues can result, such as respiratory ailments.

Like it or not, we are now connected more than ever before in human history, and the number and variety of IoT-enabled devices and sensors continues to grow. But it’s not all bad news (some will be aware that I question the benefits of many ‘smart’ devices) and beneficial applications of environmental sensors and wearable devices can in fact aid healthcare diagnostics.

In terms of environmental monitoring, air quality is perhaps the easiest thing to obtain information on, as air quality index (AQI) stats are readily available for most countries, with sensors deployed in multiple locations in most cities.

How can you determine the air quality in your city, immediate neighborhood or even in your home? What can a healthcare professional determine from the results? Why is air quality a health issue?

The air you breathe has a direct impact on health and depending on the pollutants, a variety of health issues can result, such as respiratory ailments.

AQI figures for the U.S. and UK lack maps and data for the most part so let’s use Beijing in China as an example where detailed stats are provided. To find general figures for your city, cross your fingers, and search for “AQI, your city”. If EPA cutbacks have not closed monitoring stations, you will see figures for PM2.5 (particulate matter that is 2.5 micrometers or less) pollution with anything less than 50 considered good and shown as green and O3 (ozone). The U.S. sites I reviewed did not show other measurements such as PM10,NO2 (nitrogen dioxide), SO2 (sulfur dioxide) and CO (carbon monoxide). All of these are shown on the Chinese site, with hourly updates.

Weird, when you consider that these pollutants are not unique to China, with NO2 and carbon monoxide released from the burning of fuel and emitted from power plant and transport sectors including autos.

Perhaps the powers decided we couldn’t handle too much information or weren’t worthy of a breakdown of the few results displayed – what do the PM 2.5 readings actually mean? – too much baking sugar in the air? [And yes, I know the particle scale is wrong-no need to comment.] With information like this, probably best to open a window and make your own predictions.

Rant aside, PM2.5 readings are monitored primarily because these particles (unless you wear a protective mask) are pulled deep into the lungs and stay there. Of course, PM 2.5 is not the only culprit for ongoing health issues.

“There are literally millions of factors that can affect a person's respiratory health. Sometimes, it's one of those factors that's the entire cause of someone's health issues. But without data, a doctor relies on an untrained person to pay attention to all the possible factors and hopes they can think about them when they're sitting at the doctor's office,” said Jacques Touillon, co-founder and CEO at Airboxlab, creators of the Foobot smart indoor air quality monitor.

Technology can help in this area.

“Smart devices and wearables that collect more data give a doctor eyes on the situation that the patient themselves simply can't do,” said Touillon.

You may not even be aware that there is an issue in your home.

“We know an HVAC contractor by the name of Jonathan Waterworth, who was making a house more energy-efficient when he found the attic infested with mold. It turns out, the kids in the family had been living with serious respiratory issues since soon after they were born. Doctors couldn’t explain it, and they’ve been living with constant doctor’s appointments, medications and even surgeries to keep the issues at bay. They had no idea that it was mold all along. With environmental data from IoT or wearables, a doctor would’ve seen that their home’s air was off and investigated further, so they wouldn’t have to wait until Jonathan discovered the mold by chance,” said Touillon.

From Citywide Stats To Home Readings

By equipping Google Street cars with monitoring sensors, a study from the University of Texas demonstrated that air pollution can vary from block to block. Based on their finding, an app for air pollution could make city living safer, allowing residents to avoid hotspots.

Assuming this innovation will happen, how will you monitor your home?

“Indoors, it's better to ignore location and get data directly from a local sensor. The interplay between all the factors in a building make it impossible to say a person was exposed to X pollution based on their latitude/longitude coordinates,” said Touillon.

Outdoors is another matter but again technology has the answer.

“Outdoors, it's becoming easier to estimate pollution conditions in a particular location, such as with our partner Breezometer. They’re able to take data from a relatively limited number of outdoor sensors, and use complex algorithms to estimate pollution levels at places as specific as a street address. Theoretically, with access to both location data and pollution data, one could correlate the two to estimate how much outdoor pollution they're exposed to,” said Touillon.

In cases like the accidental mold discovery mentioned earlier, data capture, analytics and machine learning systems could provide clues to medical professionals that are otherwise unobtainable.

“Going further, machine learning could make the job easier for the doctor by identifying patterns that can point to one source or another – perhaps to say “these conditions are consistent with mold infestations – investigate.” Then a doctor would know where to look without needing an environmental science background. Moreover, machine learning could give you more insight with less-sophisticated (read: more affordable) sensors, by inferring things from less detailed data. That way, the consumer is more likely to own the sensor in the first place,” said Touillon.

He also pointed out the importance of ongoing data samples.

“Another perk of monitoring via a smart device or wearable is that they can monitor over time, instead of just getting a snapshot of air quality, like you’d get if you had a professional come to measure the air. Problems with the air might only surface at night, on cold or rainy days, or after cooking or cleaning; a single measurement could easily miss that. Also, it’s more data for diagnostic AIs to crunch, which is always better when the data is relevant and accurate,” said Touillon, happy to share a real-life example of these techniques in practice.

Wright State University wanted to monitor the home conditions for children with asthma. Specifically, they wanted to measure when someone was cooking or smoking at home, which are both known to aggravate asthma issues. They left Foobot air quality monitors inside patient’s homes, and had them record whenever anyone was cooking or smoking. Then, using data analysis, the researchers could successfully identify cooking, smoking or control situations with 95.7% accuracy.

Therefore, when a child has an attack, doctors can look at indoor air quality data to confirm or rule out an environmental factor as opposed to a failure in medication, outdoor pollution or something else. Better treatment is the result.

Rushing out to buy an array of sensors is not the answer for those expecting accuracy.

“While sensors are getting more advanced and more affordable, the sensor in a consumer-priced device will always lack the precision of a lab, or research-quality hardware. So, you can't be as specific as a doctor might like in identifying the negative factors in an environment. For example, a sensor may say that you're breathing in volatile organic chemicals, but can't tell you if it's ammonia or formaldehyde. Usually, the outcome is the same (it's bad and you should get rid of it) but it means the picture of a person's environmental conditions won't be perfect,” said Touillon.

Consumer-priced sensors will also have more variance than research-quality monitor systems and devices, he added, although that can be accounted for, it still must be taken into consideration.

There is also an inherent resistance to sharing data or buying products that don’t solve an issue, merely indicating there is one, claimed Touillon, adding that, “A lot of people aren't used to how big of an impact data can have on their lives.”

In conclusion, while Touillon admires the work done by the EPA and WHO in terms of education, he firmly believes that progress can only be made when people decide to use technology and share data to aid medical diagnosis, whether from indoor home sensors or personal fitness trackers in the wearable market.

“Once people see the impact it can have, once people are spared of surgeries or understand their heart conditions better because of this data, more and more people will expect it from their devices and health providers,” predicted Touillon.

In addition, comparing the competence of a recently qualified doctor and that of a seasoned 20-year veteran, he also predicts that as machine learning evolves, ‘guesswork’ or pattern analysis will become more accurate.

In the meantime, why not deploy sensors in your home and company to monitor environmental factors? The more data collected, the easier it will be to rule out environmental factors when health issues arise. Your employees and family will thank you. Who knows, it could even save your own life.