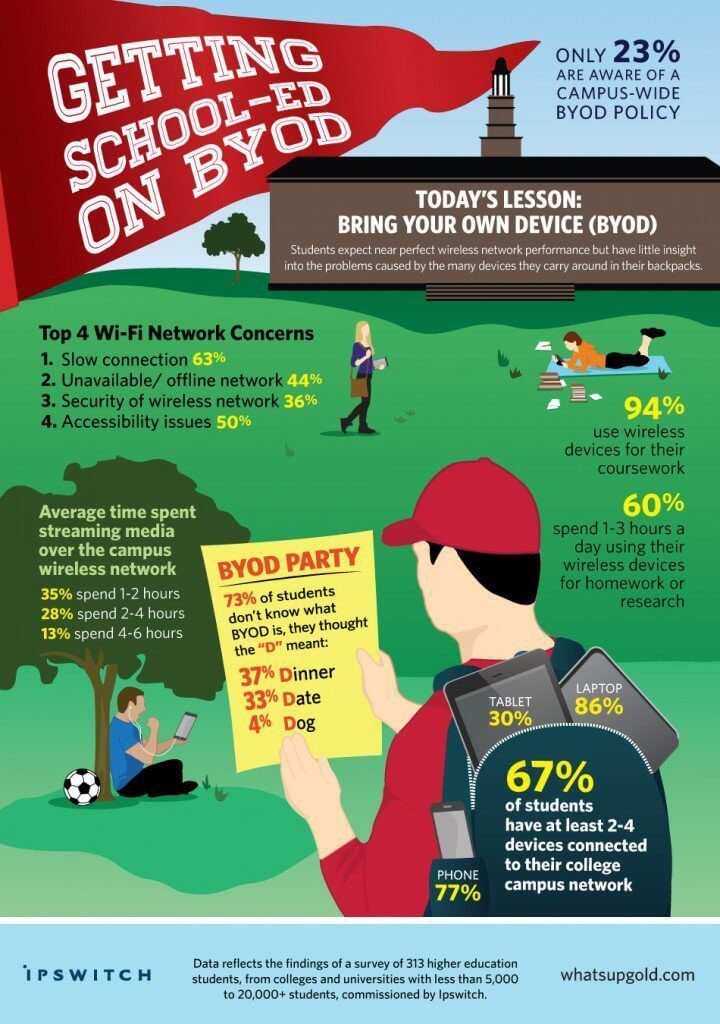 College Networks Getting Schooled on BYOD

Today we announced the results of our BYOD on Campus survey  taken by 313 students at colleges and universities around the U.S. The survey highlights the disconnect that exists on college campuses between students and IT professionals who work hard to keep up with Wi-Fi demand. Students often blame the network for slowdowns while doing their homework. In fact, the source of their frustration can be their fellow classmates who are watching shows on Netflix or listening to their favorite music on Spotify. Survey highlights included:

Most students don’t get the “D” in BYOD

A high volume of online activity can lead to spikes in network traffic especially during popular events like the recent March Madness basketball tournament. IT professionals can mitigate the resulting problems with network monitoring technology that identifies not only the exact source, but also the people who are hogging wireless bandwidth.