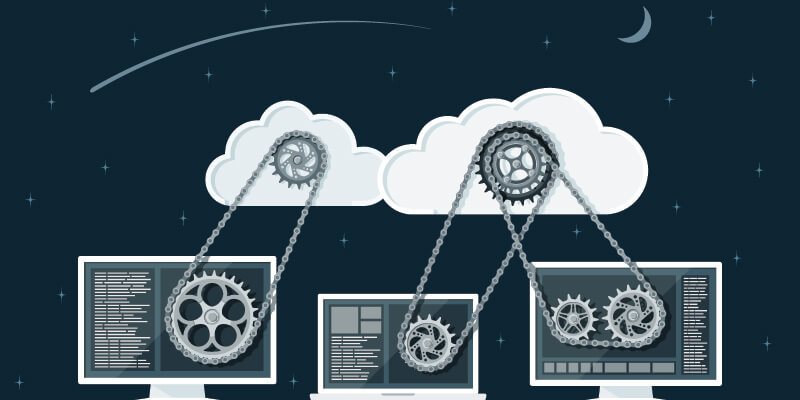 Getting Visibility Into VMware and Hyper-V Environments: The Metrics You Should Be Monitoring

The idea for server virtualization technology was originally conceived as a means to reduce costs through software consolidation. Looking back it seems like a pretty obvious solution, but at the time this was revelatory. Instead of running each individual workload on a separate physical server, unused hardware capacity was now able to be used to run a number of workloads at the same time as virtual machines.

By virtualizing a network, administrators are able to automate a number of tasks, cutting down on both expenses and unnecessary labor, and in turn, making the network much easier to scale. Furthermore, virtualization lets a single hardware platform to support many devices to boost flexibility. The virtual environment is part of the overall infrastructure. That being said, it should be managed in that context. With the ability to see everything in context, network administrators are able to quickly drill-down to issues and isolate the cause of problems that span technology silos.

What Comprises a Virtual Environment?

Virtualization Monitoring and the Importance of Alerts

With virtualization monitoring network administrators generate threshold-based alerts via email, SMS, Slack or log files on CPU, memory, disk and interface utilization on virtual machines and events including virtual machine status, security-related events and any alert generating an event log. With real-time monitoring tools, network teams can maintain an up to date list of all hosts and attributes. Real-time monitoring tracks performance and resource consumption of CPU, memory, disk and Interface Utilization, and the availability and performance of vCenter and Hyper-V servers and track live migrations.

What Metrics Should You Be Monitoring?

CPU Usage: It’s often argued that a consistent CPU utilization metric is that it stays significantly higher than the 75%-80%. Any point above this is where an administrator should start to think about employing processor resources. Even though 20% CPU seems like a significant amount, many applications still need room to ‘peak’.

Disk Latency: Disk Latency is the time it takes for a read or write operation sent to a storage device to actually be processed. This metric considers delays that may result due to RAID and other configuration decisions. If a network administrator notices a disk latency beyond 20 milliseconds or if they notice significant spikes on an ongoing basis, workflows could be affected.

Network Utilization: Similar to CPU, if admins notice that the network utilization is above 80%, it may be time to add more capacity. This can be done by moving to 10GbE or by adding more bonded network adapters to the existing system.

The Importance of Virtual Environment Reporting

The enterprise virtual environment is always changing. This means network administrators require up-to-date, real-time reporting in their monitoring solutions. With real-time reporting, administrators have access to every host on their network and virtual machine attributes including VIM and API versions, number of CPU cores, packages and threads; virtual machines, powered on and off, and suspended. Strong reporting capabilities must have the intelligence to distinguish between an intentionally decommissioned VM and an unplanned outage to prevent against false alarms.

Ipswitch’s WhatsVirtual virtual network management and network monitoring software is capable of automatically discovering, mapping, and documenting both physical and virtual resources. This includes host and guest machines so that network users can quickly and easily isolate the root cause of problems anywhere on their network environment.

WhatsVirtual’s native integration with the VMware API allows network teams to collect performance metrics from across their virtual infrastructure. Because WhatsVirtual is also a WhatsUp Gold plug-in, network administrators will be able to display virtual server performance statistics along with information from their physical servers and be alerted of any problems happening anywhere on the network including servers, applications, every device, and virtual resources.

Virtualization Monitoring is available as an add-on to the Premium, MSP and Distributed editions and included in WhatsUp® Gold's Total Plus edition.