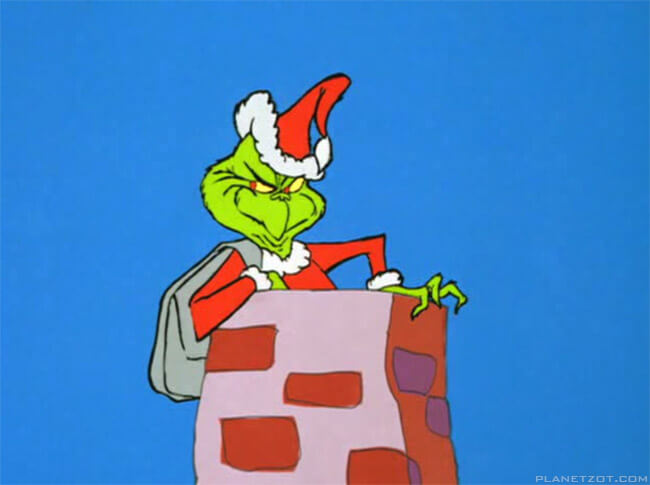 How the Grinch Stole Wi-Fi

There is nothing like the excitement of Christmas morning, and if history is any indicator, on Thursday morning Wi-Fi is going to slow to a crawl all over the U.S. and beyond.

There is a phenomenon that takes place every holiday season, sometimes referred to as the “Christmas effect,” when Internet traffic slows to a crawl due to the overwhelming number of devices coming online. Even Christmas lights have been known to have an adverse effect on Wi-Fi.

When coupled with the amount of web traffic generated by those trying to register new items online or reach the help desk, the Internet is literally “blowing up” around Christmas.

Some quick research into last year’s top selling Christmas gifts confirm that electronic devices continue to rule the present domain and that the assault on bandwidth is only really beginning. Top sellers from last year include: 1) Microsoft’s Xbox One, 2) Sony’s PS4, 3) Apple’s iPad. All three of these devices can be described as technology marvels capable of providing one-stop entertainment. They can also be looked at through the lens of being bandwidth hoarding machines that when used in tandem have the ability to dramatically slow Internet service.

The focus on electronics is again full steam ahead for 2014. New tablets, smartphones, laptops and gaming systems are only a few of the items that have service providers more than a bit worried. If that weren’t enough, 2014 has also seen a rise in wearable technologies that have been having an impact on corporate and home networks alike. Ipswitch recently completed its second annual "Happy Holidays?" survey that asked IT professionals what hot gift items were most likely to negatively impact the Internet and network performance. Not surprisingly, the top vote getters were: smartphones at 35 percent, wearable technology with 26 percent, laptops at 23 percent and tablets with 16 percent. 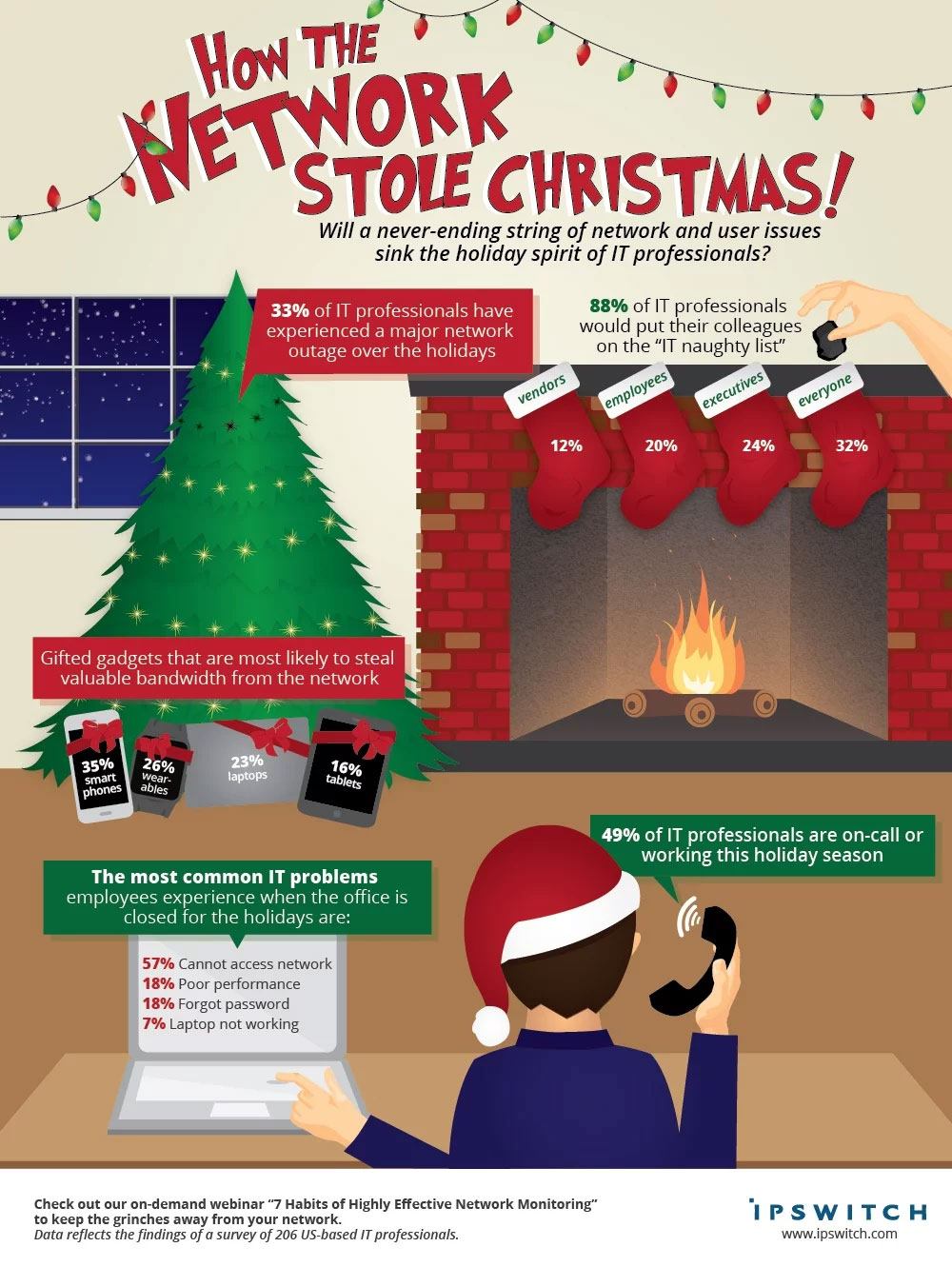 The Grinch Who Stole Wi-Fi

With the big day rapidly approaching organizations will be under the gun to ensure that they can handle the level of traffic to their site and field the flood of inquiries from their many new customers. Christmas represents by far the largest spike in one day traffic to the help desk. Portions of websites and bandwidth will be at a premium as customers are anxious to use their new devices and will have limited patience for slow connections and downed sites.

This is expected to be another banner year for both retailers and the electronics industry. So while all of the recipients of these hi-tech gadgets will be pleased to learn that the Grinch has spared Christmas, they may be simultaneously saddened to learn he chose to steal the Wi-Fi instead.

Check out our on-demand webinar “7 Habits of Highly Effective Network Monitoring” to learn how to simplify root cause identification, and create an up-to-date, complete picture of your company’s wired and wireless networks, servers, and applications — and keep the grinches away from your network.