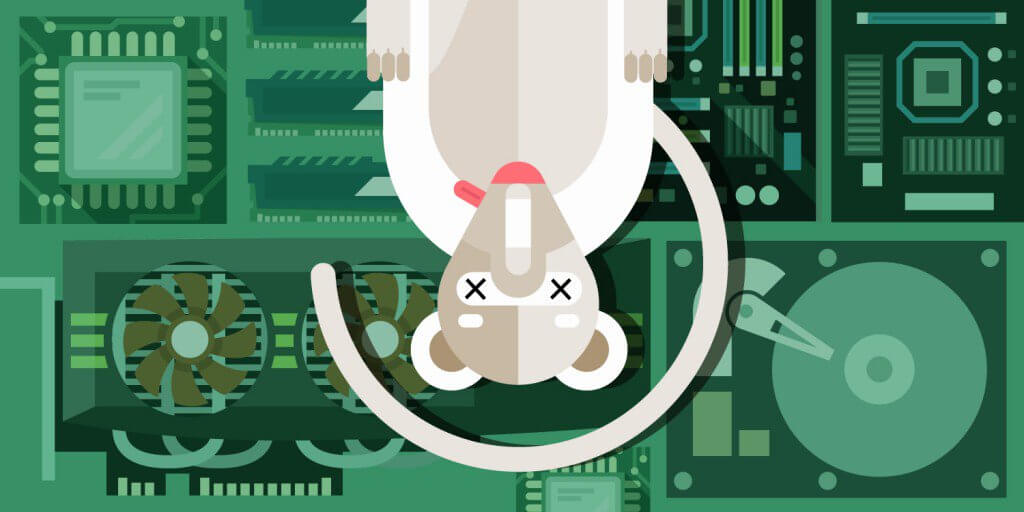 Information Technology Humor: The Other Side of IT

IT is a pretty thankless job; long hours to deploy technology that's often invisible to the average user isn't exactly an ego boost as you leave work every night. But for every moment of sheer frustration — and they are many — there's a much lighter side to support, affectionately called "information technology humor." Cue canned laughter.

In an effort to forget the soul-eating effects of years behind a blue screen, today's focus is on the humorous aspects of this sometimes comical career. More specifically, the aspects of the helpdesk that weren't disclosed in the job description.

No, you didn't forget to bring your feather duster to the interview. And no, you didn't gloss over the words "part-time janitor" in the original ad. There's no other explanation for the amount of time you've spent removing filth from office infrastructure, other than the fact that it's administrative in nature and this grime keeps deciding to show up.

Computer hardware is a natural and unfortunate magnet for dust bunnies, lint balls and all manner of dirt-based critters. You have the right image in your head if you've ever considered a title change from "Senior Helpdesk Admin" to "Covert Dust Wrangler." You also wouldn't be alone if you've turned a strategic blind eye to these gross formations while hoping for one "pop" and "sizzle" that's covered under the warranty. No-judgment zone, dude.

It's not all bad news, though. After all, there are certain perks to the task. You may even remember the first time you discovered the majestic power of an inverted can of air. That feeling of super-human freezing abilities still makes one feel like Frozone from The Incredibles. Or even using the magnets in broken hard drives to showcase yourself as a real-life Magneto.

When entering the industry, it's no surprise to find yourself diagnosing and repairing computers, smartphones, printers and the like. What may come as a shock is the degree to which people consider you their personal technology specialist just because you fixed their secondary monitor that one time.

This joke of the IT role comes in many forms. It starts with a colleague — often a higher up and from another department — seeking innocent advice on their next home computer purchase. After a successful trip to Best Buy, this colleague views you as an infinite source of technology wisdom.

The next encounter usually involves some obscure question about their new mobile device, which probably isn't aligned with your BYOD policy yet anyway. Following an impressive amount of self-control, you calmly explain the difference between local and cloud storage and why those pictures of Grandma from the old phone are gone forever.

This experience undoubtedly jogs their memory about Grandma's shiny new iPad. Next thing you know there's an Apple IIe sitting on your desk with a cryptically written letter asking you to install Windows 10 and connect it to their wireless network at home. These can be great opportunities for profitable eBay auctions.

Grand Poobah of Anything Even Remotely Related to Technology

Most people in IT view their roles as more or less managers of cutting-edge server technology and creators of comprehensive infrastructure deployments. It's probably fair to say that "toaster technician" failed to enter your mind when negotiating initial salary.

Nevertheless, you find yourself often stepping outside the traditional bounds of the department to salvage breakfast bagels everywhere. It's even fairer to say technological prowess becomes so evident that peers just assume an ability to repair extends to an infinite scope of handyman chores they just can't do themselves. Wishful thinking maybe, but that doesn't stop the phone calls about the broken coffeemaker. But then you can always get payback by convincing them that it's becuase the coffeemaker is voice activated, just to see them scream at an inanimate object for a minute until they realize the snickering behind them.

There are admittedly some gray areas inherent to the IT position. Is the projector screen the reasonability of maintenance or just something for IT? What about the biometric lock on the HR storage closet? Even so, it'd be nice if you weren't called upon to adjust the thermostat every time you ran some wire to the closet right next to it.

It's good to laugh with a dose of information technology humor sometimes, especially in an industry that often makes the blood boil. For this reason, the next time Sherry from sales calls about a burning smell, bring two cans of air. One for removing dust bunnies and the other for freezing them. Dual wield optional.