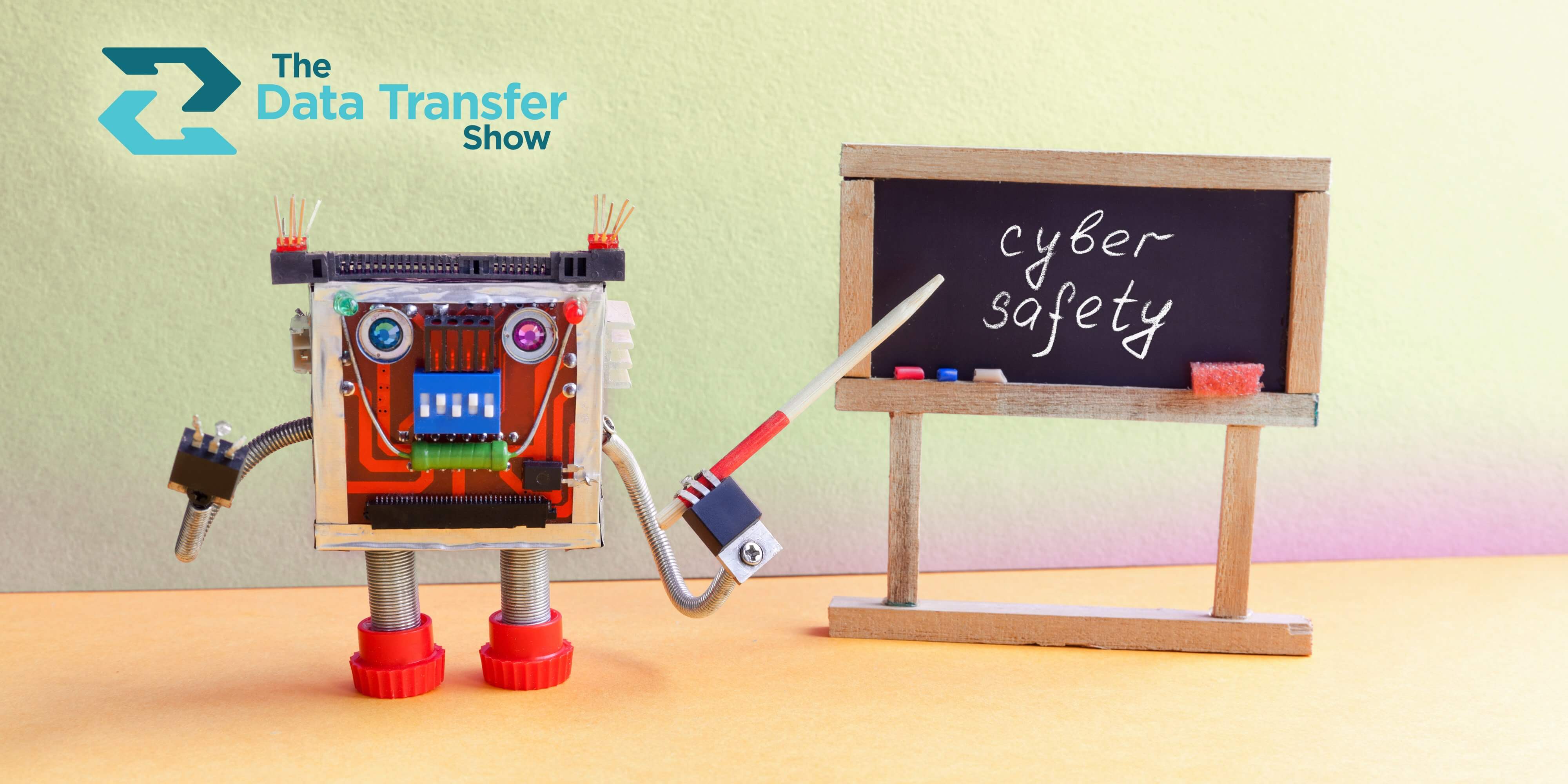 Data Transfer Show - How to Do I.T. in Education (Despite the Teachers)

On this sixth episode of the Data Transfer Show, Shawn Kyle Bowman, network administrator at the Lebanon School District in Lebanon, Pennsylvania, will give you the ins and outs of IT in the education field.

IT in education is way different than IT in hospitality—or any other industry. But don’t take our word for it.

On this sixth episode of the Data Transfer Show, Shawn Kyle Bowman, network administrator at the Lebanon School District in Lebanon, Pennsylvania, will give you the ins and outs of IT in the education field. (Hint: during the school year, it’s called firefight mode).

Bowman has been with the school district for two years and arrived by way of hospitality, working exclusively with hotels. The learning curve, he said, was pretty steep—because of the unique nature of IT demands in education.

“Our end goal is just ensuring that all the IT services we provide for the staff, students, and vendors performs at top-notch quality,” Bowman said.

Summer is the time for maintenance work and paying back the technical debt accumulated during the school year. “Until all the kids start coming back and finding out what’s broken,” Bowman joked.

Lebanon School District is one of the few school districts in Bowman’s area and just put $500,000 down to redo its whole infrastructure. “We’ve got new Cisco gear and new wireless infrastructure, and we’re continuing to rebuild by getting more servers. It’s non-stop,” Bowman said.

Working in education, Bowman explained, is more than a bit different from other industries because engaging the students is a main goal. “So within my first year, we have basically doubled our one-to-one relationships with the students.”

Lebanon engages with students by providing Chromebooks, which means Bowman does a lot of end user support. “We have a ticketing system, and if the guys need help troubleshooting anything, or if I see something network-related that pertains to me, I’ll go ahead and jump on it.”

When the halls are chock-full of students, sometimes the best you can hope for is firefight mode. “During the school year, we go in what we call firefight mode. Then when summer comes, we go around and do our routine maintenance with our firewall switches and access points.”

We’re Not In Kansas Anymore, Toto

If education has its own lingo, IT certainly does, too. School staff speak completely a completely different language than IT, so explaining something relatively simple to a teacher or administrator might sound incomprehensibly technical to them.

“Honestly, when I came on board here from the hospitality field to the education, I was just blown away about how different it was,” Bowman said. Working with teachers and students was totally new. “There was no taking what I knew and coming here and working with that. You have to start from the bottom and work your way up to figure it out.”

Bowman monitors 1,300 devices on his network, and that includes personal devices. “That’s wireless, wired, the whole nine yards,” he said.

And when they allow vendors to jump on their guest networks, and staff to bring their personal devices on, Bowman will be looking at more like 2,000 devices. That’s why he uses WhatsUp Gold to focus on the core infrastructure of the network. “Wireless access points, the controller, the switches, battery backups, printers, servers—things that keep the whole system rolling.”

Here’s his thinking for why he chose WhatsUp Gold to monitor all these devices. (It’s worth noting here that he test drove what felt like a zillion free trials of competitors to get to his decision point.)

Bowman’s previous system started to feel commercialized, with too much emphasis on sales. “I was in the market to look for something different that would do more for me and pay attention to me as a client.”

But, honestly, in education, it isn’t about what IT wants—it’s about what the district can afford. “What I found—and other education environments might see the same thing—is it comes down to money in the end,” Bowman said. “It’s not like, oh, here’s my card, let’s put it on, that’s what I want. There’s a certain budget that we have to work with. And if it’s a certain amount, there’s a chain of command you have to go through.”

Not Too Hot, Not Too Cold, But Just Right

As nice as it would be to have unlimited resources, that’s just a myth. So the first thing that attracted Bowman to WhatsUp Gold was the price point. The second was how they license the product in the bag, which was “hands down” better than competitors.

“The ease of use of the product, getting it set up, the ability to create reports, and the real time monitoring for certain events—like graduation or vendors coming in for after school projects—I was just like, ‘Wow, okay!’” Bowman said. “I can create different dashboards for particular devices that are handling that event.”

WhatsUp Gold just hit the spot for Bowman’s particular education needs. Of course, everyone has reasons for choosing one system over another, but everything here seemed to pan out perfectly for Bowman.

“We’d just redesigned our whole network infrastructure, so having the ability to create a report of the devices that I’m monitoring, and what is actually connected to it onto what port, that was a great, great help this year.”

Another aspect of WhatsUp Gold that Bowman appreciated was the mapping aspect of the software, which is included with the version his school uses. “I had to take this annual license and basically cut that in half for what I’m getting from WhatsUp Gold. So it was great to take something that I had to pay for previously and just put it all in one big pocket.”

And the experience of using the new version of WhatsUp Gold 2017 Plus has been just as smooth—mostly due to the people behind the service. “The community and the staff support from WhatsUp Gold is just phenomenal,” Bowman said. (Aw, shucks!)

Bowman says he has a talent for finding bugs (which is maybe not something to brag about?). “During the whole beta testing, I’m going through, finding bugs with my guys, and the responses and the one-on-one interaction with the company’s amazing.”

He also reports that the ease of use and transactions between pages are improved from the prior version. “You can tell that the guys behind the scenes are making this all work—they’re working their butts off to make sure it’s making my life a lot easier.”

Which Ipswich is completely proud to know, because the whole point of these products is that firefight mode doesn’t have to be so awful during the school year.

Read about more episodes of the Data Transfer Show on the Ipswich blog, or listen to them anywhere you find podcasts. And while you’re plugged in, think about demoing WhatsUp Gold 2017 Plus.