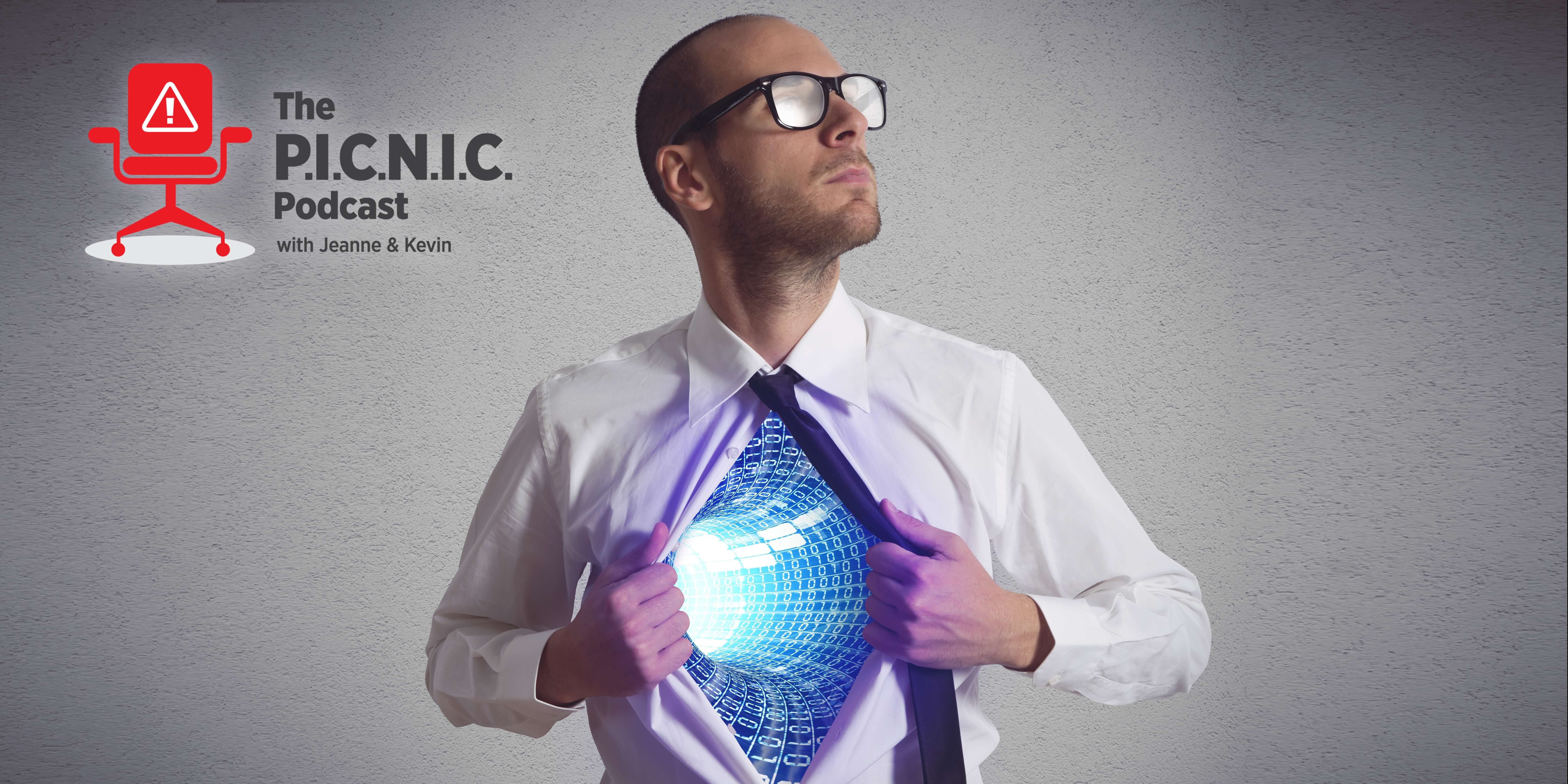 Podcast: How Digital Transformation Relies on IT Operations

At the occasion of this PICNIC episode, we talk about IT Operations Attributes and answer questions regarding modern IT operations.

Bojan Simic, the founder of Digital Enterprise Journal, is on the PICNIC podcast today to talk about business transformation and IT operations attributes—and the value proposition for IT to help a company make that transformation into the digital era.

“Digital transformation is one of those areas that is not really well-defined and can mean different things to different people,” Simic said. Most of the definitions out there come down to creating competitive advantage.

Think the Blockbuster vs. Netflix war. Blockbuster lost because they didn’t have good movies and were more expensive, and Netflix won because of technology and delivery method, Simic said.

Companies that were concerned about leveraging technology asked IT folks to go and build “something to enable that.” A mobile app, new features on the website, and so forth, without any regard for the business impact.

But now, a lot of companies are taking that model and turning that upside down. “They’re thinking how we can actually develop a piece of technology in building a business model and revolve around it,” Simic said.

Think about how Amazon took apart brick and mortar stores and replaced it with their online website.

Or how Facebook is looking into drones and satellite technology to extend the reach of the internet.

This is the kind of business-model-shaping technology that is the bedrock of digital transformation.

Simic asked people why they cared so much about supporting this technology.

1) They’re invested in a digital experience.

2) Industry lines between products and services are becoming blurry.

“If you want to incorporate technology in how you do business, you need to do that in terms of overall strategy,” Simic said.

Basically, you need a top-down strategy driven deployment of technology to achieve a goal. Making little changes here and there is not going to cut it.

There are a lot of interesting developments on the horizon that could totally shake up our normal. Take how automated cars are poised to rewire the transportation industry.

Simic’s survey about IT operations attributes identified 15 attributes that align with that philosophy of shaping a business model around technology rather than the reverse.

“If you think about cloud, for example, it took a while for that to become enterprise initiative,” Simic said.

He gave the example of the evolution of cellphones to smartphones. Only a few people first thought they’d like to be able to check their email on their phones, and then there was a gradual technological development.

“Now all of the technologies out there—big data, internet of things—it’s happening much faster,” Simic said.

“All these things that are happening are forcing IT operations to make it work,” he added.

The role of IT has changed from what it was 10 or 15 years ago—making the network was running and fixing the printer.

Now it’s all hybrid cloud services and so much data they had to make up a bigger number just to express it.

IT needs to rely on technology more than ever. “Complexity is at such a high level that it’s not humanly possible to do everything by looking at a bunch of different screens,” Simic said.

If you’re dealing with a fleet of hundreds of thousands of cars where you’re trying to monitor all your customers, that’s not something that can be done with standard monitoring tools. That takes  machine learning analytics.

It’s more and more costly to get it wrong. “About six months ago, a major airline had a glitch in their software. They lost hundreds of millions of dollars—and brand reputation,” Simic said.

If you think about the car industry, you’re not looking at loss of face but loss of life.

The amount of things you have to monitor just grows exponentially year by year. “If you try to solve that problem by hiring two extra IT staff, you are really just playing a catch up game,” Simic said.

It would be way better—and safer—to automate all of this.

Something as simple as the GPS in a car? It isn’t simple.

You know the cars that have done it all backwards, where you drive it for a week and then buy a little gadget to put your phone up on your dash so you can use a GPS that won’t get you lost.

“What they’re asking IT to do is, don’t build me a bicycle. I don’t need a whole bicycle, I just need a tire, or I need a handle,” Simic said.

When you translate this to a new product or system, there’s a huge disconnect between the thing that IT made and the thing you wanted to sell. “They are asking IT to build it without any visibility how customers are going to use it,” Simic said.

In contrast, companies that have already made the digital transformation, or are in the right mindset for it, are treating IT right. “The role of IT in product development and how that aligns with what customers want is IT playing more of a role of enabler or giving businesses finished pieces rather than a finished product,” Simic said.

This will allow consumers to use the product however they want—more than likely to integrate it with other smart devices.

The Difference in Enterprise Outlook

This is where the distinction between IT and IT operations comes in, Simic said. “IT operations is still lagging behind, not because they don’t understand what’s going on, but because the role in the organization. A lot of enterprises are still looking at IT operations as something whose job is to keep the lights on.”

Enterprises think about the budget in terms of two different buckets. One is for maintenance and keeping everything going. The other is for building a business value.

“72% of IT budgets are still being spent on keeping the lights on,” Simic said. “Making sure everything is always available and it works.”

These results are averaged from Simic’s survey of thousands. Which means thousands are missing the point.

“28% is available on average for creating business value, for doing things that give a competitive advantage.”

So when he examined what the top 20% were doing different from all the others, he saw that in the top 20% of companies, the amount of the budget given to innovation growth shot up to 50%.

“They figured out how to spend less time and resources on troubleshooting problems,” he pointed out.

They take machine learning and apply it not only to solving problems but also to figuring out patterns in what their customers want. Maybe marketing can use this, they think.

And everything transforms from there.

To find out more about the IT operations study, check out dej.io. All the data Simic mentioned is available for free.

Until next time on PICNIC! Subscribe to the podcast on your favorite media player or listen on our website.