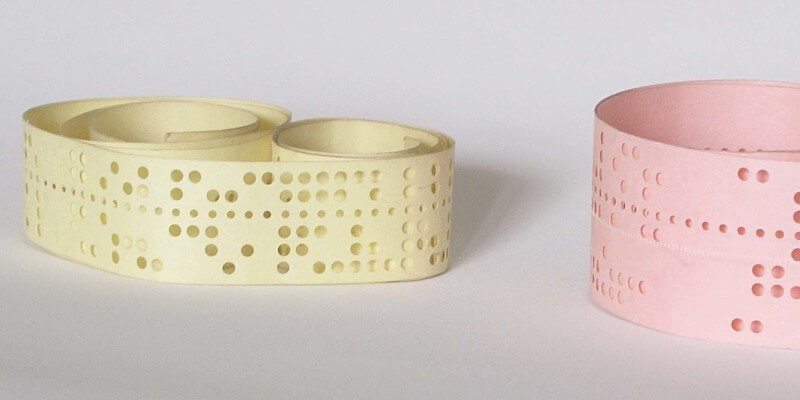 A History of Information Technology: Then and Now

In the early years of IT, data was stored on paper tapes

What did an IT position look like in the '70s, '80s and '90s? Far fewer mobile endpoints, for one thing. With respect to today, the history of information technology boasts some surprising differences in day-to-day tasks and the technology that was available. IT support has come a long way, folks.

IT has been around almost as long as humans. If you think about it, hieroglyphics are just a script devs don't use anymore. Mechanical devices such as the slide rule, the Difference Engine, Blaise Pascal's Pascaline and other mechanical computers qualify as IT, too. But this particular journey begins well into the 20th century.

Computers of this era were mostly mainframes and minicomputers, and a history of information technology wouldn't be complete without mentioning them. IT job roles included manually running user batch tasks, performing printer backups, conducting system upgrades via lengthy procedures, keeping terminals stocked with paper and swapping out blown tubes. IT staff was relegated mainly to basements and other clean rooms that housed the big iron. System interconnectivity was minimal at the time, so people had to bridge those gaps themselves. This was the motivation behind the Internet (or the ARPANET, as it was known then).

This decade saw the growth of the minicomputer (think DEC VAX computers) and the introduction of the PC. Sysadmins crawled out of the basement and into the hallways and computer rooms of schools, libraries and businesses that needed them onsite. The typical IT roles at this time consisted of installing and maintaining file and print servers to automate data storage, retrieval and printing. Other business roles included installing and upgrading DOS on PCs.

If you worked in a school, you saw the introduction of the Apple II, Commodore 64 and, eventually, the IBM PC. But the personal computer was more expensive, deemed for business use and not deployed in schools very much. It was the Apple II that propelled the education market forward and, if you worked support at a school in the '80s, you knew all about floppy disks, daisy wheel printers and RS-232 cables.

The 1990's: Cubicles, Windows and the Internet

This generation of IT worked in cubicles (think "Tron" or "Office Space"), often sharing that space alongside the users they supported. Most employees were using PCs with Windows by this time, and IT support was focused on networking, network maintenance, PC email support, Windows and Microsoft Office installations — and adding memory or graphics cards for those who needed them.

Toward the end of the decade, the Web's contribution to Internet connectivity became arguably the most requested computing resource among growing businesses. Although there was no Facebook, Twitter or LinkedIn yet (Friendster would kick off that trend in 2002), employers still worried about productivity and often limited Web access. Oh, and if you could go ahead and add modems to PCs, run phone lines for those who needed dial-up access and Internet-enable the business LAN, that would be great.

Today's IT: Welcome to Apple, Patch Tuesday and BYOD

Today, recent IT job roles have included the rebirth of Mac support, the introduction of social media (and the blocking of its access at work), constant security patches (Patch Tuesday on Windows, for instance), the advent of BYOD and DevOps automation.

The continued consumerization of IT (essentially now BYOD) meant that IT pros had "that kind" of job where friends and family would ask for help without pause. The one common thread through the years? The growth of automation in the IT role — something that will continue to define tomorrow's helpdesk.