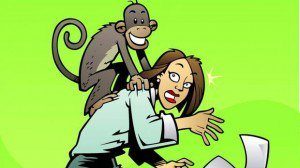 WhatsUp Gold Gets 200 Users off IT Team Leader's Back

Today's tale from the front lines of IT comes from a customer who works at a global conferencing company. His firm's customers use online services that require real-time responsiveness for video and voice. So it was a shock when a playback service for recorded calls was suddenly afflicted by sporadic slowdowns several months after its launch. It pitched users into a black hole of lost recorded conference calls.

“Participants would call in to any one of the company’s global locations to play back a conference call,” the firm’s technical infrastructure team leader explains. “But latency problems around 2000% higher than normal on our global WAN would bring playback to a standstill for 15 minutes. While for the next 30 minutes playback returned to normal. Latency problems affected every site on our global LAN.”

WhatsUp Gold zeros in on the problem

The team leader scrambled for solutions and came across WhatsUp Gold network monitoring software from Ipswitch. His team downloaded it, began working with it immediately and, within an hour, uncovered the cause. “We used WhatsUp Gold’s standard bandwidth reporting to identify problem sites. Then we used Ipswitch Flow Monitor software to nail down the source of the latency - an SCP process error that attempted to resend a very large file repeatedly.”

He adds, “The immediate benefit [from using WhatsUp Gold] was getting about 200 users off my back. The value was getting service management back online to service the customer base as quickly as possible.”

Got a few users on your back too? Try WhatsUp Gold for free for 30 days. You might calm a few nerves in the process.