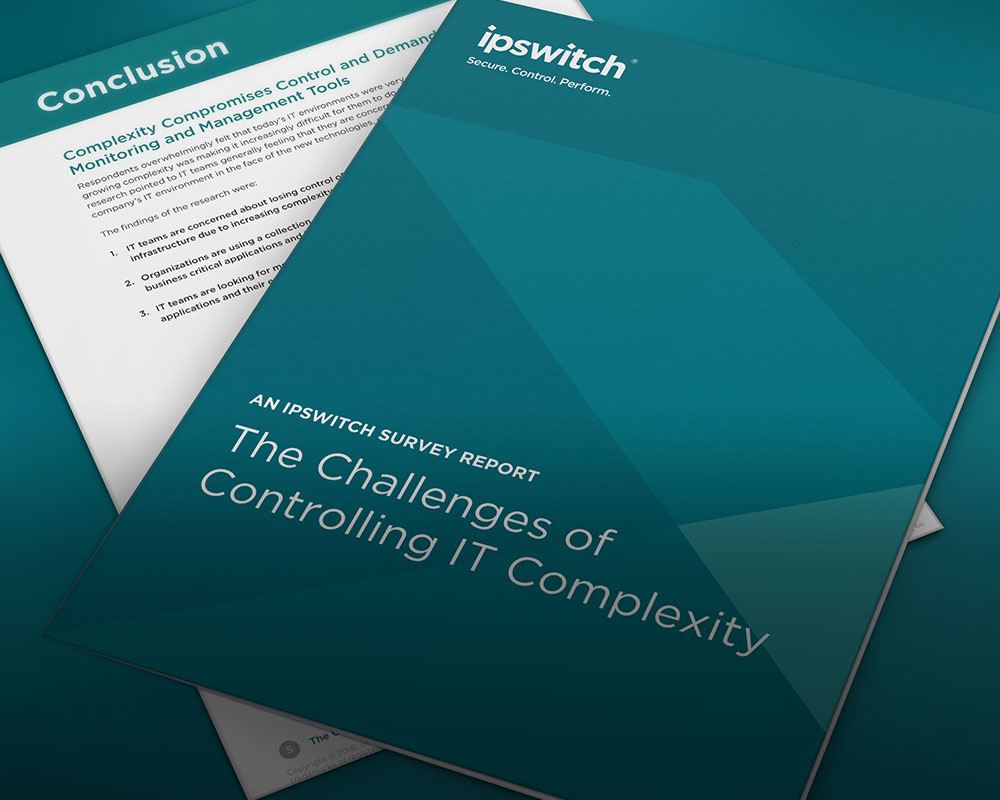 The Challenges of Controlling IT Complexity

This 2016 research report covers the state of IT management and network monitoring for IT teams.

“The Challenges of Controlling IT Complexity” research was conducted by Ipswitch® in March-April 2016, asking IT professionals about the state of IT management and network monitoring at their organizations. The goal of this research was to gain insight into the current IT management challenges facing today’s IT teams, especially when it comes to what they need to monitor, how they accomplish it and where they thought improvements could be made. More than 1,300 respondents completed the survey across the globe – 546 were from North America (42 percent), 429 from APAC (33 percent), 195 from Latin America (15 percent) and 130 from Europe (10 percent). 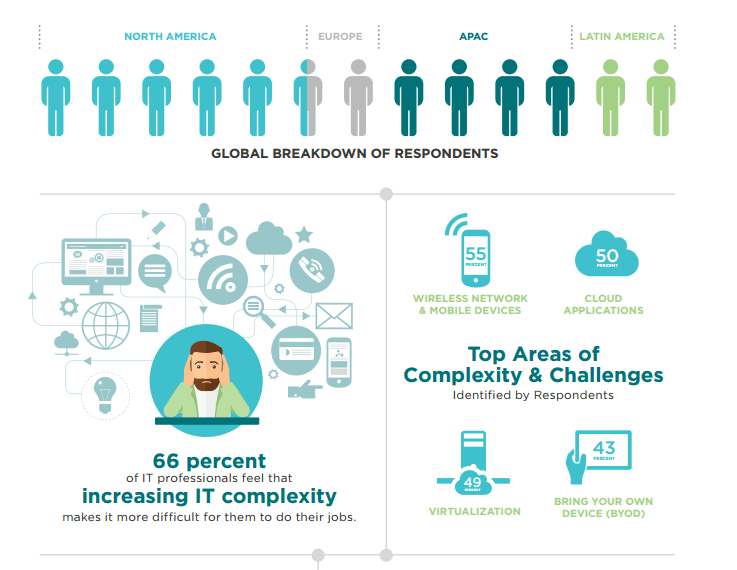 Respondents overwhelmingly felt that today’s IT environments were very complex – and that their growing complexity was making it increasingly difficult for them to do their jobs successfully. The research pointed to IT teams generally feeling that they are concerned about losing control of their company’s IT environment in the face of the new technologies, devices and requirements being added on a regular basis.