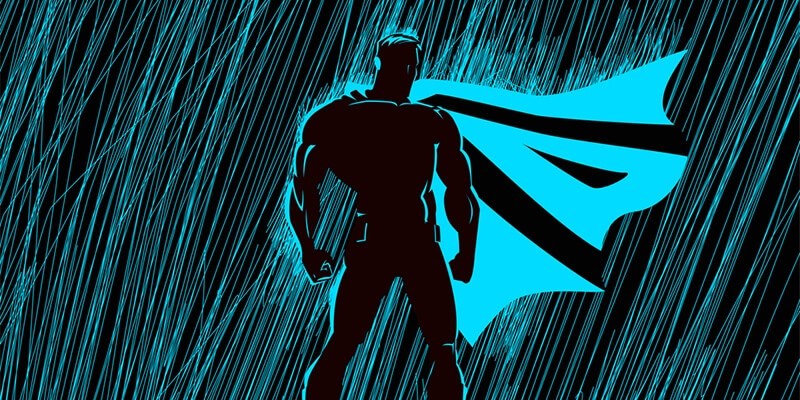 Due to unplanned service interruptions, all IT teams must spend some time fixing problems and preparing for future issues. It’s inevitable.

The measure of a good IT operations team, however, is determined by time spent reacting to (versus proactively addressing) performance issues, resolving the problem, identifying the root cause, and information security and compliance. Users and clients don’t like to wait for a problem to be solved. Your strength as their IT superhero will rapidly increase if you add these three powers to your arsenal. 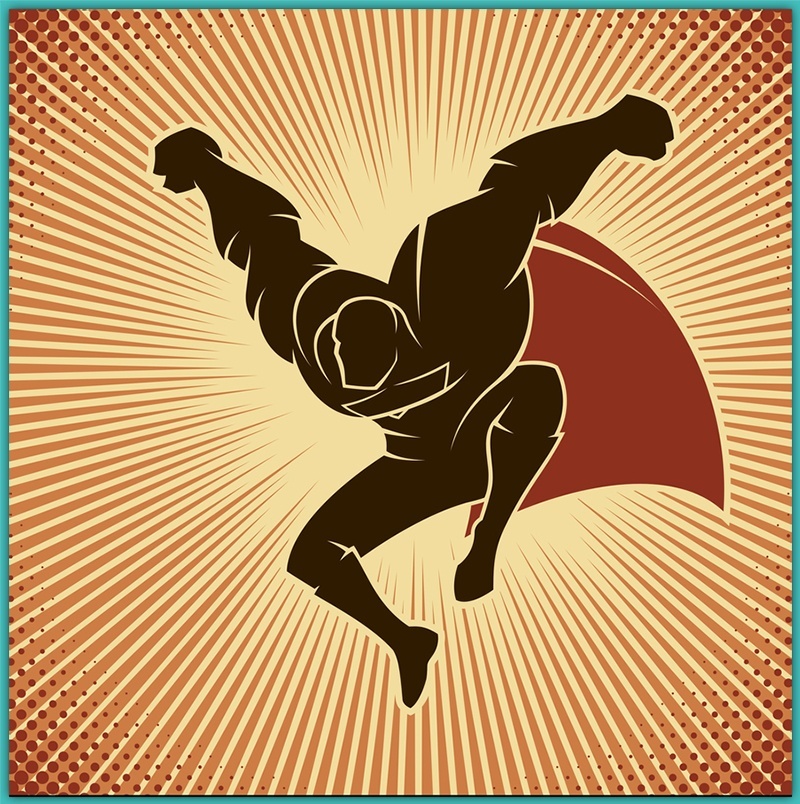 Users like knowing that your business is on top of their game and can detect a problem before they even become issues. If you are consistently learning about problems from user complaints, your team is more likely to be perceived as ill-prepared and unknowledgeable about your product. And it will most likely take much longer to find a solution than in a productivity focused, pressure-free environment.

A recent study conducted by EMA measured the percentage of service affecting incidents first learned about from users, instead of through monitoring. Although counterintuitive, they found a direct correlation between the percentage of user reported problems and the number of silo-specific monitoring tools in use. According to the study, low performing teams tend to have different tools to monitor each different technology (network vs server vs application). Comparatively, high performing teams appear to rely on fewer tools, but those tools are able to monitor a broader range of technologies.

The research suggests that using a smaller number of tools with higher capabilities of monitoring a larger scope of technologies offers an advantage. Perhaps this is because of the simplicity of only using a select few tools that offer the utmost productivity- a classic quality over quantity argument. Products that offer end-to-end visibility and dependency-aware alerts across multiple devices enable earlier detection of potential problems. Meaningful, early warnings of conditions in one technology that may lead to downstream problems help your team to catch wind of any actions violating threshold rules, hopefully before they cause problems for your end users. These alert thresholds should be based on historical performance data. This helps to configure the threshold monitoring to achieve a balance between catching troublesome conditions while avoiding false positives.

It’s important to note that reactive mode isn’t always negative, so long as you’re able to bounce back to proactive mode fairly quickly. Try as you might to predict a user’s every thought and action, they’re bound to send some surprise questions your way. Reactive mode should be made productive by learning from unexpected comments and emails. If you find yourself stuck in a rut of constant catch up with various problems and complaints, it may be time to reevaluate your network monitoring system. Reactive mode is far from avoidable. In fact, without it we miss out on crucial insights direct from users to help us improve our business. But, if you fail to use these insights to jump back into proactive mode, you risk driving end users away with long wait times and slow response rates. Even worse, you may start to see a surge in shadow IT.

Proactive mode is where you get to put your superpowers to good use. It is your chance to use your insights, or predictions, on what users want and need to find solutions to problems that haven’t even been uncovered yet. With proactive development you can work on optimizing various aspects of your business, like security or content, building it to what you envisioned the end result to be. But, you still have to be careful. The main focus should always be creating value for your user- and sometimes the users’ needs can be hard to anticipate.

We already know that customers don’t like waiting to have their problems solved. So how can we make sure we’re resolving issues in a timely manner? Unfortunately, many IT teams set themselves up for failure by adopting processes, tools, and behaviors that aren’t helpful. The key here is to embrace the ‘end-to-end’ view of the problem you are trying to solve. Without this viewpoint, triage teams operate in a series of best guesses as to what the potential cause may be. As each successive diagnostic path fails to address the issue, time drags on and users become more frustrated. 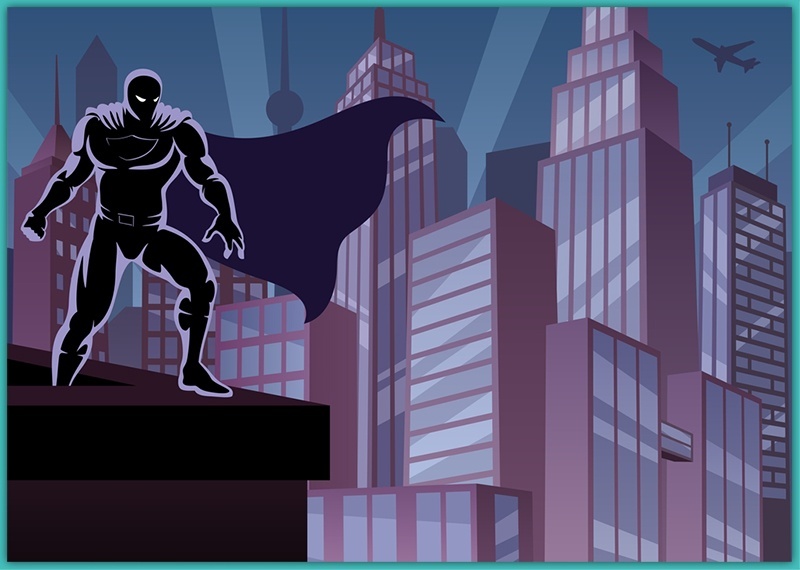 The key to strong IT problem solving skills is using the right tools. The EMA study also found a correlation between the number of monitoring tools in use and the time spent in problem resolution. When it comes to resolving issues, less is more. However, many IT teams use silo specific tools configured to detect what the responsible Subject Matter Expert (SME) considers problematic. That might not be the same condition someone responsible for an end-to-end service would look for to indicate potential causes of downstream problems. What passes as a ‘healthy’ condition at one level of the service delivery stack may cause disastrous results at a higher level.

These misunderstandings happen because of barriers in communication between multiple network monitoring tools. Siloed tools are independent and are incapable of communicating with other information systems, and even other departments for that matter.

An essential component of problem solving skills is communication, among both people and tools. Multiple siloed teams working toward the same goal means there is a lack of integration. This makes problem solving more difficult. If the cyber security team is separated in their own room, using their own tools, the network monitoring team has neither access to the data their collecting nor visibility of the problems they encounter. When the cyber security team runs into a problem, those in network monitoring have no idea what they’re talking about. This causes communication breakdowns.

The lack of integration of network monitoring tools leads to similar issues. When one tool detects a problem, but that information isn’t passed on, the problem won’t be solved. This ‘too many siloed tools’ monitoring approach adds considerable delay to your mean time to resolution, especially in complex IT environments. To fix this delay, use a single network monitoring tool that is able to integrate every device on the network.

IT teams with one to three monitoring tools spend almost 33% of their time on other tasks and projects. That is 10% to 20% more time on meaningful projects compared to teams with four or more tools. Using fewer tools allows for a streamlined approach to problem solving, increasing overall productivity. To impress users with your super speed, use one tool that is able to monitor your entire network. When everything is integrated into a single tool there is complete visibility of network traffic and bandwidth usage from any device on the network. It eliminates isolated sources of data, collecting it all in one tool. Having a central location for big data means immediate alerts when any issues arise. The sooner you hear about a problem, the faster you can get it solved.

Although it might be easier to find a quick, temporary fix and be done with it, this will actually cause you more problems in the long run. Technology is smart. It knows when a problem has actually been fixed, or when it’s simply been brushed to the side. And just because you’re not thinking about the problem anymore, doesn’t mean it’s not still there. Instead of resolving the issue, the reboot approach can actually lead to the creation of ‘zombie’ problems that keep coming back to haunt you. In fact, the more service impacting incidents resolved by reboot, the larger the percentage of time spent troubleshooting recurring issues.

It is not likely that you’ll uncover the root cause of every problem you are faced with. However, high performance IT teams are able to identify more core problems, thus creating fewer ‘zombies’. How do these IT teams do it? The key for higher performance in network monitoring is using fewer tools for the same job. But how exactly can fewer tools lead to higher root cause identification rates?

The trick here is to leverage tools that monitor multiple technologies to facilitate more of an end-to-end view of their environments. This offers a streamlined approach to problem identification because all the data and metrics are in one central space.

According to Enterprise Management Associates (EMA), “While discrete network management tools often fail to reveal interdependencies among the metrics they and other tools collect, multifunction management systems reveal these interdependencies and present them to network operations in various forms, from customizable dashboards and reports to dependency-aware alerts.”

Using a single tool that provides a consolidated, end-to-end view of your environment offers multiple benefits, including faster alerts and faster resolution. When you know about a problem before end users do, you get a head start on damage control. Discovering the issue before they do means more time to isolate the core problem. Because you’re only working with one tool, once you identify the root cause, you can be confident that you aren’t missing any other information. Instead of juggling alerts and data from multiple network monitoring tools, you can focus your time and energy on a single tool. 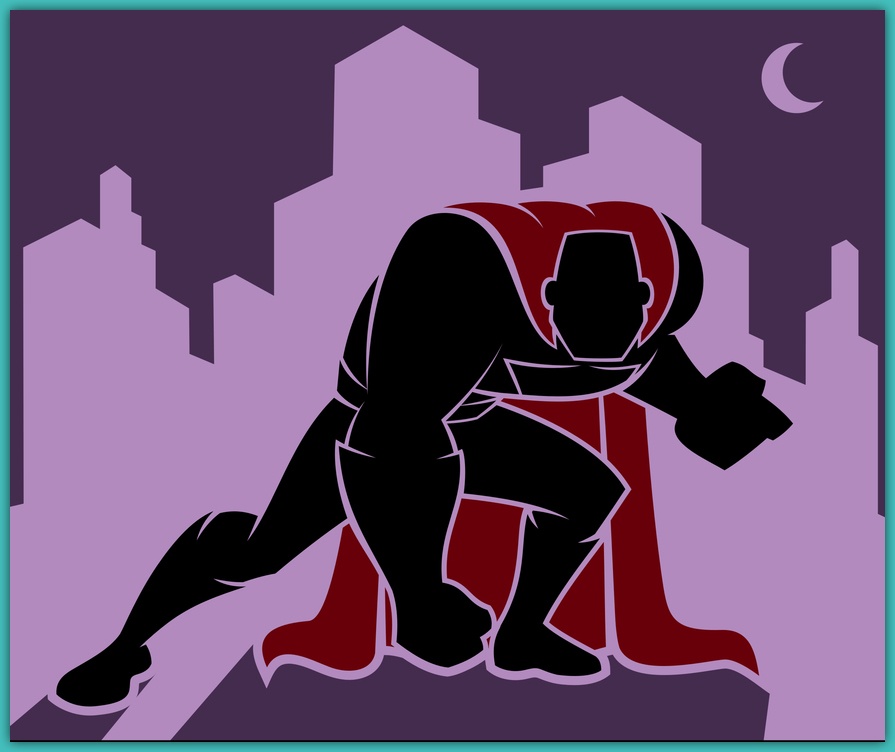 Such tools, like WhatsUp Gold, streamline workflows by letting you initiate management tasks directly from an interactive map or workspace. Simple accessibility of physical, virtual, wireless and dependency views only speed up the resolution process. The result is simpler, more intuitive troubleshooting that lets you find and fix problems faster than ever. This allows high performance teams to identify more root causes, slaying zombies before they even get a chance to exist.

Learn to Harness Your IT Superpowers

With these three superpowers in your back pocket, you’ll become the greatest super hero the IT world has ever seen! But even Batman needs tools to help get the job done. Ipswitch provides many of the tools you need to defeat the most vile cyber villains.